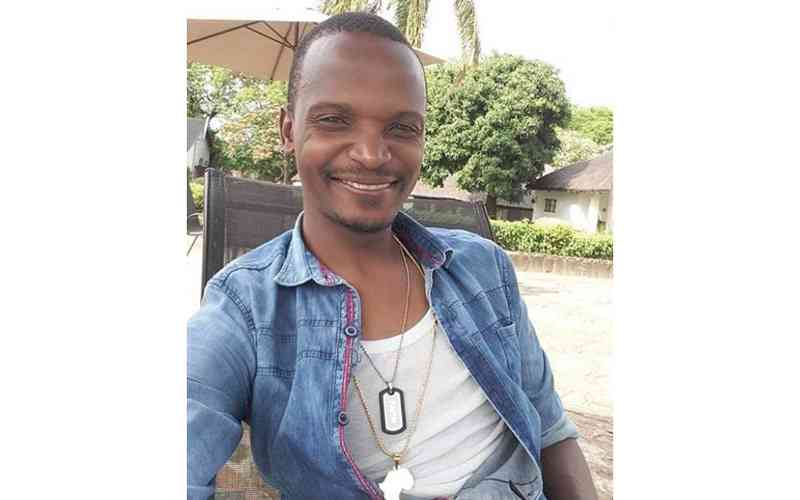 NEW author, Masimba Chakombera, has released his debut novel, Victory which he said was inspired by his late mother’s life experiences.

Chakombera, who works for a local mining company, said his broader perspective when he wrote the book was to explore the challenges and abuses women suffer in society although the focus was on his mother’s life.

“The ultimate agenda is to spotlight through writing the toxicity associated with some forms of patriarchy. There is a need to start putting women’s empowerment issues on the agenda, and to start reflecting on our own toxicity as a patriarchy-driven society,” he noted.

Chakombera said he strongly felt his mother, who died in 2019, would have wanted him to publish the book.

“Although a work of fiction, most of the events in the book are based on my late mother’s true story. What further inspired me to write the story is that even up to this day, we continue to see the same issues affecting women still happening albeit in different forms,” he said.

Having witnessed his mother’s struggles, Chakombera said writing the book was therapeutic for him and his family.

“The writing of the book was indeed a profound form of healing for me and my family because it forced us to confront our past experiences and work through them collectively,” he said.

“It is something that was too uncomfortable to confront in any other way, but there was a form of comfort that came from putting this into print, and just to be able to detach myself from the experiences that way.”

Chakombera explained that he has been writing for some time now, and that was the reason why his writing is polished.

He said he was currently working on his second book, Heaven Hurts through which he explores how some religious practices have fuelled the abuse of women.

“I consider myself an ‘underdog’ writer, and I want to dedicate all my writing to spotlight stories of vulnerable and minority groups, whose stories are hardly told because most people find them too ordinary to give them attention,” he said.

Some authors struggle to write stories based on real life experiences because of their sensitivity and the painful memories they invoked, and Chakombera confirmed the same.

“It was hard writing this book, and even worse reading it back to myself. I still cry after reading it sometimes, but it lifted a heavy load off me. I wrote most of the book in a few days, but it took me years and years to put it out,” he explained. Chakombera said his inspiration was broad and included literary giants from past and present such as the late William Shakespeare, Tsitsi Dangarembga, Ngugi waThiongo, the late Chenjerai Hove and Charles Mungoshi, among others.