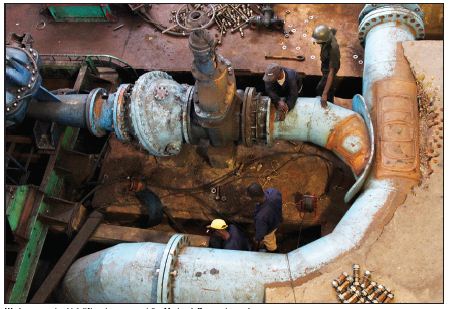 Mupamawonde, who was speaking at a meeting organised by Water Alliance Community in Harare yesterday, said the local authority was failing to procure water treatment chemicals owing to shortages of foreign currency and an unstable interbank market rate, which he said was busting their budget.

Mupamawonde said the local authority required at least ZW$40 million (US$2,7 million) a month for water chemicals, but it was only collecting ZW$15 million in monthly revenue.

He said he did not know when the water treatment plant would be re-opened.

“It (the shutdown) is due to the non-availability of foreign currency. It is devastating to say the least,” Mupamawonde said, urging President Emmerson Mnangagwa’s government to declare the water crisis a national disaster.

“We are unlikely to see the situation improving if no urgent action is taken.”

Council said only an urgent bailout by government with foreign currency for three months’ worth of water treatment chemicals would avert the disaster.

“It is an open secret that this year had a drought situation. The water problems have been compounded by the harsh economic environment that we are all experiencing … We have called on the government to declare the water situation in the city a national disaster,” he said.

“Because the situation has become desperate, the declaration will enable donors and the international community to rein in, marshal and mobilise resources so as to salvage the situation.”

Mupamawonde also said that funds allocated for the repairing of the old Morton Jaffray water plant were yet to be received.

“You will recall that a few years ago, we received a loan of US$140 million from China Exim Bank. Half of that money was meant for rehabilitation of Morton Jaffray Water Works plant, while the other half was for the distribution network, but this far, we have received US$72 million and the other half is yet to come if it is to come,” he said.

July Moyo, the Local Government minister who oversees the operations of councils, could not be reached for comment.

Zimbabwe is gripped by a severe shortage of foreign currency which has weakened the value of its local currency, introduced in June.

Last week, the Zimbabwe dollar tumbled by 23% on the black market, but had recovered yesterday after the central bank at the weekend closed bank accounts owned by four companies it said were being investigated for money-laundering.

The Morton Jaffray treatment plant was producing about half of its installed capacity of 704 megalitres of water per day against demand of 1 200 megalitres, leaving many residents without water.

A smaller treatment plant was closed last month after two smaller dams dried up, according to the city council. — Additional reporting by Blessed Mhlanga / Reuters