Giants save best for last 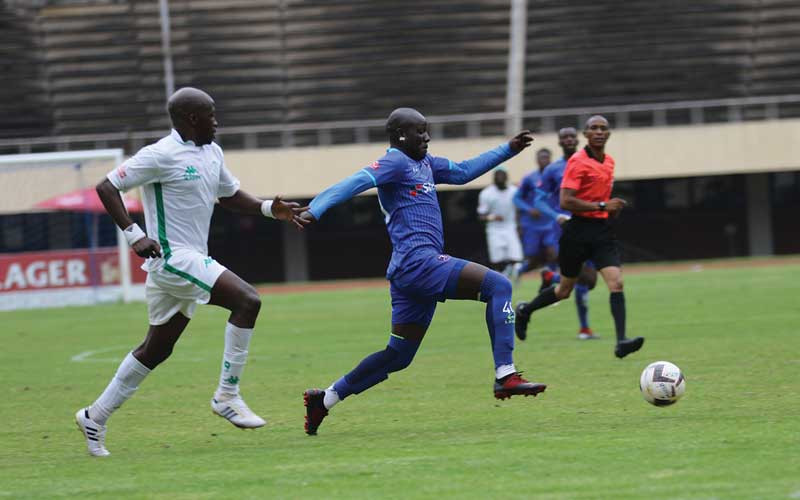 FADING Harare giants Dynamos and Caps United saved the best for last, putting on a show in front of a small, but appreciative crowd at the National Sports Stadium yesterday.

William Manondo converted a 34th minute penalty for his 17th goal of the season to put United in front after defender Emmanuel Jalai had fouled winger Ian Nyoni inside the box.

DeMbare’s Frank Makarati was denied by Caps United goalkeeper Tonderai Mateyaunga from the spot moments later and their woes appeared to mount even further when they were reduced to 10 men after team captain Patson Jaure was shown a second yellow card for a silly challenge on Emmanuel Mandiranga with 15 minutes remaining.

But that decision reinvigorated the Tonderai Ndiraya-coached side and were duly rewarded when Emmanuel Paga headed in an equaliser on 83rd minute from a Shadreck Nyahwa cross.

Dynamos finished the season on third on the log with 58 points, 17 adrift of champions FC Platinum.

“Overall it was an exciting match if you look at the events that took place during the game,” said Dynamos coach Tonderai Ndiraya.

“We had lots of clear-cut chances in the game, but failed to score and that really sums up our attack this season.”

Before this match, Ndiraya whose contract comes to an end at the end of the year, had been booed and heckled by a section of some supporters. But there was nothing of that sort in this one with a sizeable Dynamos support led by former skipper Murape Murape cheering the team throughout and even saluted the squad at full-time.

Ndiraya said he was happy with how the season penned out despite losing the championship race.

His opposite number Lloyd Chitembwe was also full of praise for the two sets of players for giving out their all in the low stakes game.

“It was a very good game of football,” said Chitembwe who also had special praise for Manondo.

“It was a balanced match. Both sets of players really reserved the best for the last though in a worthless cause. The boys were gallant today, they played with a lot of courage and energy. The flak that they got during the course of the week, when people were saying the derby has died, especially with regards to performances of players, really injected a lot of desire in them. For me, I really enjoyed the game.”