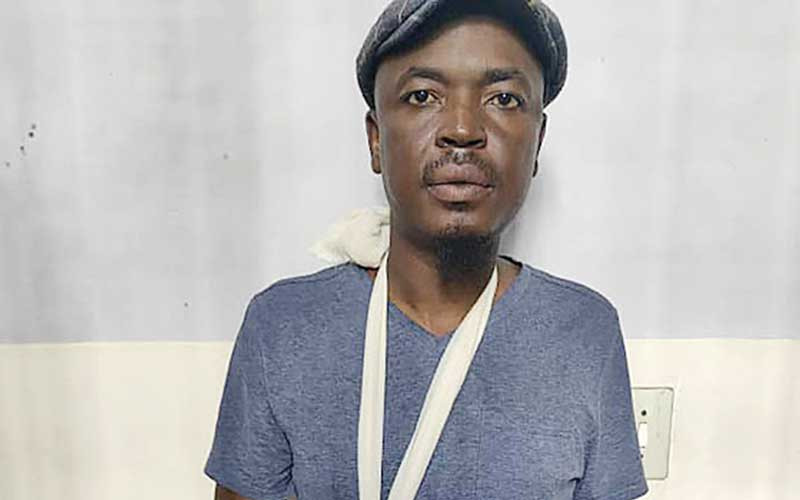 Kadzere, who is among human rights lawyers representing leaders and supporters of the opposition Citizens Coalition for Change (CCC), says his assault by Zimbabwe Republic Police (ZRP) officers on January 14, 2023, is part of a pattern of abuse that has been normalised in Zimbabwe. Following are excerpts from his chat with Legal Monitor (LM).

LM: May you tell us what happened?

KK: I received a distress call on Saturday January 14, 2023, in my capacity as a human rights lawyer to attend to 25 residents of Budiriro, who had been arrested for an unclear charge at a meeting at the local legislator’s house.

I was about 200 metres from the police station when I was waylaid and ambushed by a truckload of police officers who disembarked, accosted me and accused me of taking pictures and videos of them.

I identified myself as a legal practitioner on duty and told them that I was attending to my clients, but they would have none of it.

They immediately started assaulting me, dragged me out of the vehicle and used baton sticks, boots and sjamboks on me. They threw me into their lorry and continued assaulting me. They drove the truck into Budiriro Police Station, where they continued to assault me.

When they ordered me to disembark from the police truck, one of them struck me again and I lost my balance. I was taken to the charge office and eventually released after four hours despite protestations that I needed medical attention because I had suffered a fractured arm and severe bruises.

I was seen by some doctors who injected drugs to stabilise me and I went for an X-ray before seeing specialist doctors, who recommended that I go for surgery of which I eventually did. I underwent surgery on my right hand and doctors placed wires on my wrist to stabilise it.

I have been put on a plaster and on painkillers. I was charged with criminal nuisance and escaping from lawful custody. I was re-arrested at Harare Central Police Station when I was trying to make a report on the brutality that I experienced. It did not make sense because I was the victim in all this.

LM: Is this the first time you have been treated badly by police officers or other State or non-State actors in the course of your work?

KK: This is the first time that I have been beaten by the police during the course of my work. I have, of course, faced difficulty in my line of work in that sometimes I have been denied access to my clients.

LM: What remedies are you likely to take?

KK: The remedies that are there are those that the law provides. I am going to sue these people who have violated my rights. If the law enforcement agents are to be fair and act in accordance with the law, we must see the individuals who perpetrated the assault on me being prosecuted.

They stole my phone in the process of assaulting me; they are basically criminals dressed in police uniforms.

It is not just the assault, there is a very serious problem we are seeing in the behaviour of these people.

I have made a police report already and the matter is under investigation, although I cannot say I am confident of the outcome of that investigation.

If that investigation does not lead anywhere, then there is the option of private prosecution.

LM: As a human rights lawyer, do you feel safe in Zimbabwe?

KK: In Zimbabwe, we are all in a big prison, nobody is safe, the track record is there since 1980. I have clients of mine who have been killed in prison and some who have been abducted and disappeared. At one point, I was representing Itai Dzamara and up to now, we do not know where he is.

I have represented Hilton Tamangani and, as you know, he was brutally beaten by the same police officers who assaulted me. Nobody is safe, I cannot say I feel safe, but that does not deter me from doing the work that I am passionate about.

LM: What is your view on harassment of human rights lawyers in Zimbabwe?

KK: I am not the first human rights lawyer to be violated. You will recall that lawyers that are more senior to me such as Andrew Makoni, Alec Muchadehama and Harrison Nkomo, had to go into exile running away from police brutality.

We had Innocent Chagonda and Beatrice Mtetwa facing similar vicious attacks. I am not the first, this is the continuation of a pattern that has become a norm in Zimbabwe.

However, it remains unacceptable. The pattern is there, the perpetrators remain the same, the modus operandi remains the same. It is just a continuation of the pattern.

LM:  Will this episode stop you from continuing with human rights work?

KK: My head is held up high, human rights law is my passion. It is my work and I will continue to do my work.

I think it is very important to give confidence to the clients themselves and other young lawyers who have to see that we have to be tenacious and should not be silenced.

In our line of work, as much as it might be dangerous, at the end of the day, we must remain committed to the ideals of human rights and freedom for all.

I think this comes as a lesson to me and other lawyers. It is not going to intimidate me or stop me from pursuing the work that I have been doing.

Having taken the oath of a legal practitioner, I cannot shake from that duty. It would be a dereliction of duty on my part if I were to allow this kind of intimidation to see me giving up. I will continue with my mandate.

I have attended court to represent Amos Chibaya and 25 others together with a team of three other legal practitioners and in persevering ... human rights will continue doing so. 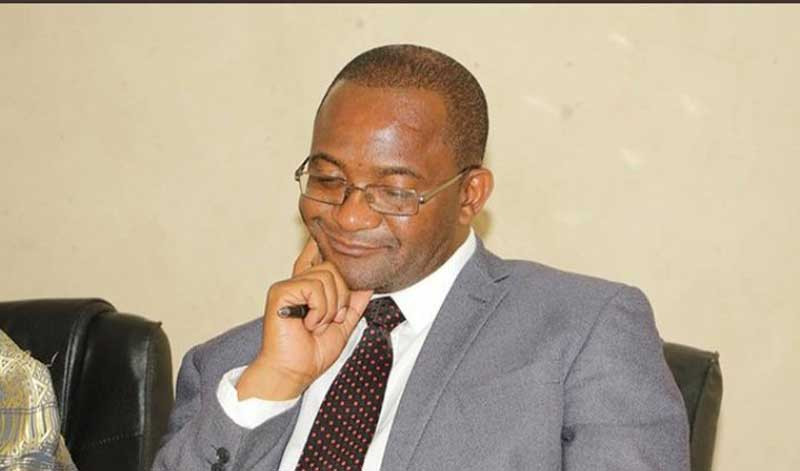 By Priviledge Gumbodete 4h ago
Mwonzora expells Mudzuri, 6 others from MDC