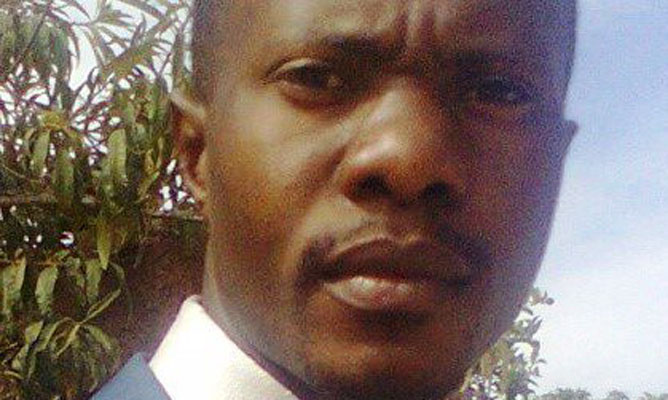 Social media has been reverberating with derisive jokes in recent weeks in view of the punishing load-shedding exercise by power utility Zesa.

Another joke was to the effect that due to the extreme load-shedding hype, newly-born babies are now being named after the topical electricity hysteria, with names such as, “Generator”, “Matches”, “Energysaver”, “Prepaidmeter” and “Paraffin” becoming common among many others. These are jokes, perhaps meant to lighten the suffering, but in all honesty, load-shedding in this country is no longer a laughing matter as some conceive. Zesa should be made to account; the institution is doing great violence to the overstrained people of Zimbabwe. The tendency, generally, has been to look at the effects of load-shedding in the context of the negative impact on industry, but the adverse impact on the ordinary Zimbabweans is equal if not worse than what industry endures. Imagine that people have to contend with a cruel 16 hours of darkness at no notice! And Zesa continues with business as usual. Surely, this cannot be allowed to be normal. Zesa must not be allowed to normalise the abnormal. Even as some have joked, nowadays electricity in homes is no longer a given, but something which occasionally comes; the normal state of power in the country is now denoted by an absence. Indeed, Zesa are doing the nation a disservice; they should justify the faith bestowed upon them for the national cause especially when every family religiously buys prepaid electricity throughout the month.

What is worse is that there seems to be no plausible pattern followed in the load-shedding exercise and, on their part, Zimbabweans have come to accept the psychologically draining sessions which can now last as long as 18 hours. Had it been in other countries, Press statements would be periodically released to notify the important customer of what is taking place, but not with our electricity authority. The power cuts had been held back in recent months, but the last weeks have really turned on the heat or maybe call it the cold on hapless Zimbabweans who do not know what to do. It would appear institutions no longer have a conscience in their display of mediocrity. Even if the situation is beyond the institution’s control, it is prudent to make this clear unlike a situation where everyone speculates on the low water levels at Kariba Dam or some mythical technical faults.

Sometime in June, during winter Zesa made an announcement to the effect that there would be serious power cuts due to technical faults at Hwange Power Station and perhaps this was to be expected in winter. Now, the load-shedding has really gone out of way. In reality Zimbabweans would be justified to say there is no electricity in homes if power has to be restored at an unearthly hour like 2am.

The impact on both industry and ordinary Zimbabweans is gruelling. It is well known that over 85% of the adult population is unemployed and most people have set up small enterprises that rely on electricity in the home. People who survive on small businesses like peanut butter manufacturing, Internet cafes, typing and welding are having their small incomes choked by the brutal power cuts. It really boggles the mind what should become of the impoverished Zimbabwean when he cannot freely vend and when he has no electricty in the home to work on small income-generating ventures. Should Zimbabweans be eternally condemned to a life of begging in foreign lands? Honestly, how do they survive?

On the one extreme, industry has not wasted time retaining labour or paying workers for hours affected by power cuts. Labour cases continue to be the order of the day as workers and employers fight over this matter. Industry is also trying to survive and resorting to costly generators for power is not the best profitable way to operate.

Zesa has condemned the citizenry to an archaic way of living; imagine candles, kerosene, Chinesse battery-powered lights, gas stoves and firewood in Harare not to talk of Binga or other remote areas. As a general thing, the urban dwellers endure agonising days and nights on account of the power cuts and have to shoulder extra costs like buying the mentioned things to improvise. Incomes hardly suffice as it stands and buying prepaid electricity is no longer adequate.

The power cuts even have a plethora of negative social effects. Think of the students who have to sit for exams. How about vulnerability to criminals in the long, dark hours? Women in most high-density suburbs have had to deliver in candle-lit clinics and it’s even worse in some 24-hour clinics which are virtually operating using candles. The negative socio-economic ramifications of power cuts are just, but too much and indeed Zesa must up their game. Zimbabweans deserve better.

lLearnmore Zuze is a legal researcher, public speaking trainer and media analyst. He writes here in his own capacity. Email: lastawa77@gmail.com