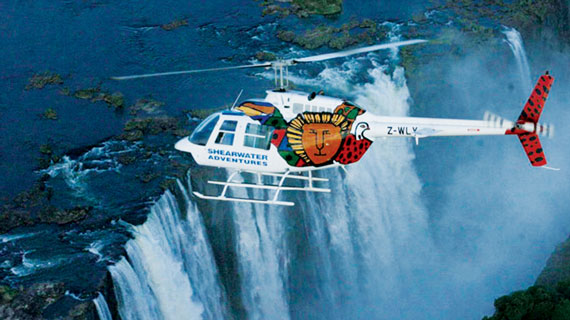 SERVICE providers, tour operators and hoteliers in Victoria Falls and Livingstone (Zambia) are now ready to host guests that will attend the 20th session of the United Nations World Tourism Organisation (UNWTO) general assembly which is beginning tomorrow.

SERVICE providers, tour operators and hoteliers in Victoria Falls and Livingstone (Zambia) are now ready to host guests that will attend the 20th session of the United Nations World Tourism Organisation (UNWTO) general assembly which is beginning tomorrow.

A recent tour of the two towns revealed that they are prepared to host the general assembly following extensive preparations. Roads in both towns, which were an eyesore a few months ago, have been repaired and non-functional traffic lights have also been attended to.

Quantum commuter omnibuses which will be used to ferry delegates have been branded in Zambia, and a lot of UNWTO billboards could be seen along the highway from Victoria Falls to Livingstone.

Zambezi Explorer marketing director Charles Chakanya said they were set to host the delegates. The cruise liner will be used for one of the conferences and sunset cruises.

“We are ready to host the UNWTO delegates as we have a lot in store for them. We have made a number of touch ups to the boat so that their conference will be a flawless one. Their conference on our boat will be a world class one considering that the boat has cordless microphones, free wi-fi services, projectors and a PA system for the convenience of delegates,” said Chakanya.

Elephant Hills Hotel, the main venue for the UNWTO general assembly, has had its rooms and conference facilities refurbished to meet international standards ahead of the assembly.

The hotel’s general manager, Trythings Mutyandasvika, said all was now in place for the general assembly.

“As a hotel, we are always ready to host guests as we are in the hospitality business. We’ve been having an 80% occupancy rate but as from yesterday, the hotel now has a 100% occupancy rate till the end of the month showing how busy we will be during this period,” said Mutyandasvika.

Also at the Elephant Hills, Econet Wireless successfully completed installation of the Communication Command Centre last weekend. The state-of-the-art command centre which will be used by the UNWTO secretariat to file documents has about 20 computers and wi-fi connectivity. Econet has also rolled out 4G LTE services in Victoria Falls which will see delegates accessing the internet at a faster speed during the week-long general assembly.

Telecel Zimbabwe customer operations director Zodwa Chinyenze said the mobile network operator, which has thrown its weight behind the UNWTO, would light up the Victoria Falls bridge between Zimbabwe.

“The lighting up of the bridge will serve as a semi-permanent reminder of the UNWTO assembly, since Telecel has committed itself to lighting up the bridge for the next 15 years.The bridge illumination, which has

1, 8 million colour options, should be spectacular. It will add to the natural beauty of the Victoria Falls, making the bridge visible from both Zimbabwe and Zambia even at night,” said Chinyenze.

The country’s national carrier Air Zimbabwe has also increased its flights to Victoria Falls to cater for the growing demand during the UNWTO period. Pathfinder, one of the country’s leading luxury coaches, has also increased its fleet of buses from Harare to Victoria Falls to ensure that they ferry a lot of passengers attending the general assembly.

In Zambia, UNWTO delegates will have one of their dinners on the executive Royal Livingstone Express train whilst experiencing Zambia’s tourism. The Express train is one of the best in the region.

“Delegates should prepare themselves for a fine five-star dining experience travelling back in time to the glorious age of steam with dinner prepared by the Royal Livingstone chefs,” said Bushtracks Africa managing director Christopher Tett.

Tett added that they would also launch train rides to the Victoria Falls bridge which would see guests having dinner during the ride.