Chiefs told not to be bought by State trinkets 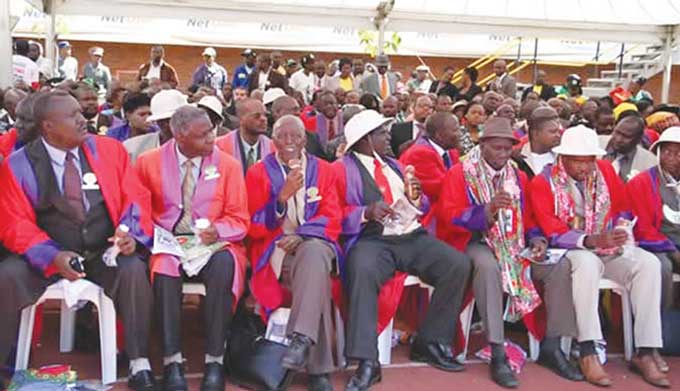 In a Press statement, ERC said State benefits for chiefs would have an influence in the 2023 harmonised elections.

ELECTION Resource Centre (ERC) has implored chiefs to refrain from being manipulated by State benefits which have the potential of influencing their conduct before and during the 2023 general elections.

In a Press statement, ERC said State benefits for chiefs would have an influence in the 2023 harmonised elections.

“ERC’s concerns are rooted in the fact that in light of the impending 2023 harmonised elections, traditional leaders, whose power and resources largely depend on the State, have incentives to support incumbent political parties who can guarantee their survival,” the statement read.

ERC said traditional leaders were the vanguard of traditional values and wielded significant influence in their communities, especially in relation to issues of governance, including elections.

Parliament and the Local Government ministry should take steps to legislate the Ethics and Integrity Committee in the Traditional Leaders Act as envisaged by section 287 of the Constitution, ERC said.

Partisan abuse of power by traditional leaders has a devastating impact on open participation and the conduct of free and fair elections, according to ERC.

The NGO further said the momentum generated by the creation of the Constitution in 2013 and the 2018 High Court judgment (HC 1718/18), in which the partisan participation of chief Charumbira and traditional leaders in politics was outlawed and deemed unconstitutional, continued to be diminished and undercut through the traditional leaders’ recent conduct.