What to Know About Fintech in Africa 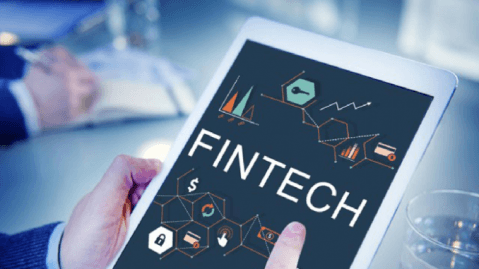 Fintech is a very broad term, and one that is easily confusable with other tech concepts. In short, fintech is financial technology, but it has also become a byword for the businesses and industry that uses new technology in the financial world. PayPal is an example of fintech, as is anything that broadly enables financial […]

Fintech is a very broad term, and one that is easily confusable with other tech concepts. In short, fintech is financial technology, but it has also become a byword for the businesses and industry that uses new technology in the financial world. PayPal is an example of fintech, as is anything that broadly enables financial services through technology.

In parts of Africa, there are obviously reasons to get excited about fintech, yet also some reasons for concern. On the positive side, fintech is about access. That access can mean something like swift transactions when sending money from one country to another, or something more sophisticated like the ability to trade currencies through platforms listed on DailyForex. The point is that fintech is a very broad spectrum, and a small app that allows you to ping money to a neighbor is just a valid example as a sophisticated financial trading platform.

Because fintech operates on such a wide-ranging scale, it is almost impossible to define it as good or bad. However, the consensus is that the technology will help the poorest parts of the continent. In fact, the IMF cited fintech as a “game-changer” for Sub-Saharan Africa. In particular, fintech is seen as essential to getting access to financial products to those termed the “unbanked”. In several countries across the continent, mobile payment services have shot up and even exceed the number who have access to traditional banks.

Indeed, due to the portrayal of slick bankers and investors around the world, there is sometimes an assumption that the traditional global financial industry is ahead of the curve when it comes to technology. That’s true up to a point, but you might be surprised to learn just how cumbersome and outmoded the banking system is around the world. Sending money home from abroad still often relies on the systems that were in place a handful of decades ago. It’s slow and relatively expensive, and sometimes discriminatory towards certain groups. Fintech can change that.

The risks with fintech in parts of Africa come, one could argue, with striking a balance between regulation and innovation. Most governments are acutely aware that fintech can bring financial inclusion to the regions that need it most. There is also the risk, as has so often happened in the past in Africa, of applying the same strategies across different countries and regions. Yes, a harmonization of regulation is important, but so also is the recognition of the diversity across the continent.

Perhaps overlooked in analysis of fintech’s regulation arrival in Africa is the importance of interest rates on loans. The phenomena of high interest loans are by no means an African problem alone, as the scourge of bad actors looking to prey on the most vulnerable has also been prevalent in the UK and US. But fintech has also enabled peer-to-peer lending with cheap rates and fees in those countries, and the market and regulation has begun to push out those who target people in dire need of money.

It’s almost certain that fintech will touch the lives of every African over the next decade. Mostly, that is viewed as a positive – a big positive. The overarching mantra of the fintech industry is about financial inclusion, but it’s also about doing things smarter and cheaper. That’s something everyone can get on board with. Yet, regulators must also appreciate that each fintech innovation is only as ‘good’ as the intentions of those behind it.