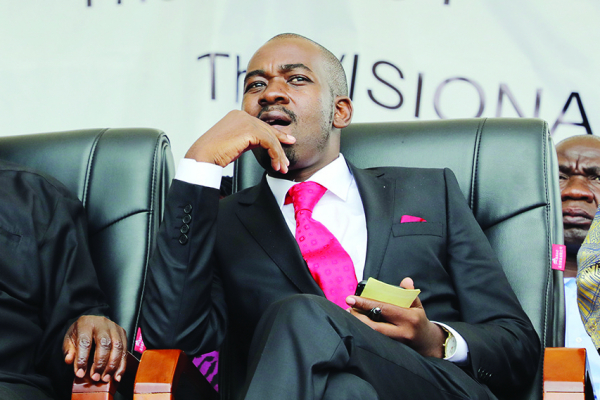 Party leader Nelson Chamisa invited curriculum vitaes from members interested in getting seats in the standing committee and national executive, which will operate as the MDC’s shadow cabinet and decision-makers in between congress and national council meetings.

Sources said with only 40 positions to be filled, Chamisa will have to sift through 569 CVs to fill the posts.

“The CVs were received from bankers, engineers and doctors who, in the past, have not been willing to take up positions within party structures. They want to be part of the team led by Chamisa,” the source said.

Having postponed national executive appointments twice owing to the death of Zapu leader Dumiso Dabengwa and that of Glen View South legislator Vimbai Tsvangirai-Java, Chamisa is now expected to announce his appointments on Wednesday.

Insiders said Chamisa was going to make appointments which include technocrats, losing congress candidates and other outsiders to strengthen his hand as he pushes his party to grab State power.

Chamisa has also introduced two positions for war veterans in his national executive as he bids to charm former freedom fighters.

The resolution was passed at the congress held in Gweru last month.

Security vetting, according to insiders, saw the party disqualifying over 100 people suspected to have been members deployed by State security agents, sources said.