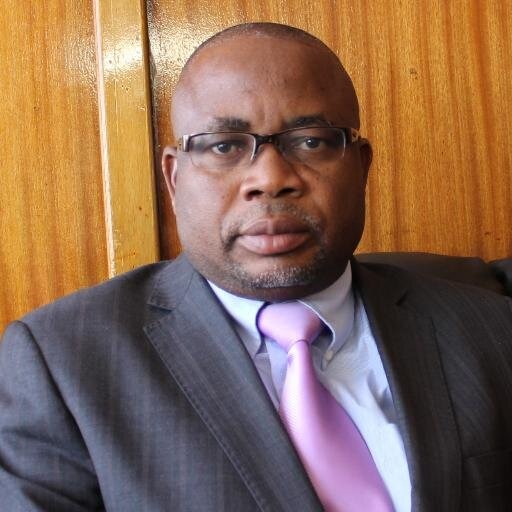 TEACHERS yesterday claimed that were being threatened a Zanu PF-sponsored group led by Martin Mazivisa. BY GARIKAI MAFIRAKUREVA/MOSES MATENGA Mazivisa fronts a shadowy parents union called Zimbabwe Parents Union (ZPU), which has been trying to force teachers to return to work. ZPU was recently endorsed by Labour minister Paul Mavima. The teachers allege that Mazivisa, […]

TEACHERS yesterday claimed that were being threatened a Zanu PF-sponsored group led by Martin Mazivisa.

Mazivisa fronts a shadowy parents union called Zimbabwe Parents Union (ZPU), which has been trying to force teachers to return to work.

The teachers allege that Mazivisa, who claims to be well-connected, has been sending threatening messages to teachers’ unions that have refused to accept government’s 41% salary offer. In the massages, Mazivisa is said to have threatened to unleash Zanu PF youths to “deal with them”.

He is also being accused of joining teachers unions’ WhatsApp groups and threatening them with unspecified action.

This comes at a time some teachers’ unions have refused to return to work until government agrees to their US$520 salary demand. They also said there has been a rise in cases of COVID-19 at schools, which exposes them to the virus.

Progressive Teachers’ Union of Zimbabwe (PTUZ) national co-ordinator Harison Mudzuri said his union would not be moved by Mazivisa’s threats.

Mudzuri said political parties should not involve themselves in salary disputes between government and its employees.

The PTUZ official said by refusing to return to work, teachers were not playing politics, but rasing genuine grievances.

“The PTUZ has received reports of teachers that are being threatened with unspecified action by people from a certain political grouping for exercising their constitutional rights,” Mudzuri said.

A teacher interviewed by NewsDay, who refused to be named, said Mazivisa had threatened them.

“Mazivisa is always abusing the Zanu PF party name by threatening teachers. In fact, he is building his political career through abusing teachers by mobilising parents against them. He is canvassing for the Mhondoro constituency seat in the forthcoming 2023 harmonised elections and is trying to endear himself with the party,” the teacher said.

In response, Mazivisa told NewsDay that teachers should not expect salaries if they did not return to work.

“I have no political ambitions as alleged, but I am a nation builder. These teachers are trying hard to derail President Emmerson Mnangagwa’s plans by pushing the opposition agenda, but our position as parents is that we are telling them to go back to work while the government addresses their grievances because government increased their salaries to $19 000,” Mazivisa said.

In response to the threats on teachers, Zanu PF acting national spokesperson Patrick Chinamasa said anyone soiling the party’s image should be exposed.

“Yes, you must write about all those trying to abuse our good name and expose them because some of them are crooks. Zanu PF is a people’s party which has a listening president,” Chinamasa said.

While teachers affiliated to the PTUZ and the Amalgamated Rural Teachers Union (Artuz) have refused to return to work despite the salary hike, cases of COVID-19 being recorded at various schools across the country have been cited as a cause for concern.

PTUZ secretary-general Raymond Majongwe said: “Most centres of learning have no sanitisers, no running water, no COVID-19 testing kits.”

He said in many schools, classes were too big to enforce social distancing.

His assertions come as more schools continue to record COVID-19 cases. A minute sent to parents of students at Chinhoyi High School.

The note said there was a suspected COVID-19 case at the school, adding that for the next 10 days, no one was allowed to leave or enter the school.

However, the chief co-ordinator on COVID-19 in the Office of the President and Cabinet Agnes Mahomva assured NewsDay that there was no need for panic.

“In terms of schools remaining open, we are progressing very well. If we get cases in one corner, do we suddenly lock out everything? Not really. You look, you investigate and just like I said we investigate and then we talk about the evidence.

“We also don’t want to jeopardise other schools that are following all our guidelines and our standard operating procedures and nothing is happening there,” Mahomva said.

She said the continued closure of schools would be tantamount to punishing students who would be deprived of education.

Mahomva said people should just follow COVID-19 regulations and desist from rushing to funerals like what happened when socialite Genius “Ginimbi” Kadungure and actor Lazarus “Gringo” Boora were being buried.