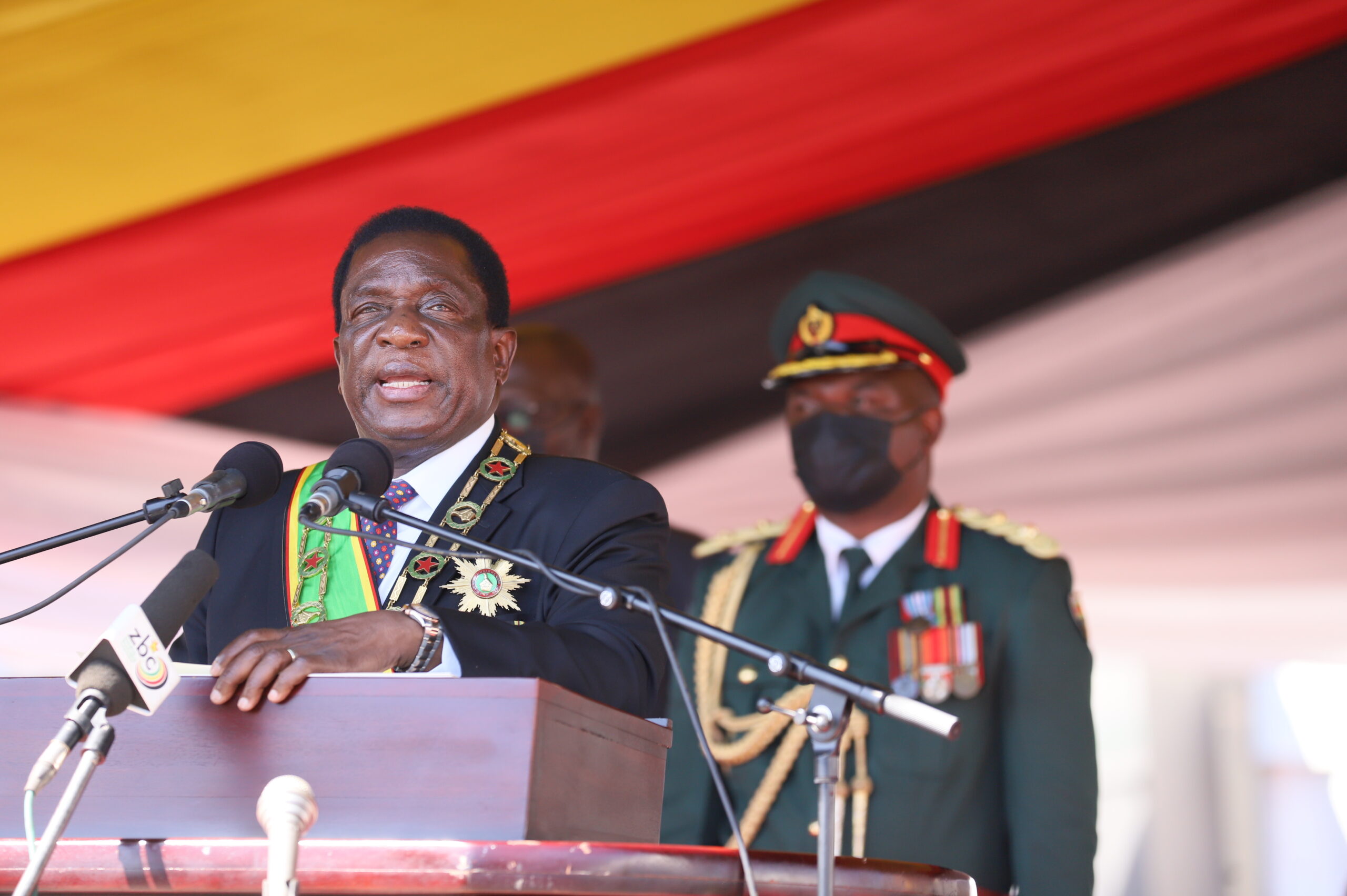 On Sunday, Mnangagwa attended a Zion Christian Church (ZCC) service at Defe Dopota in Gokwe, where thousands of congregants gathered to commemorate the death of the church’s founder Samuel Mutendi.

BY KENNETH NYANGANI PRESIDENT Emmerson Mnangagwa is reportedly leaving no stone unturned as he targets churches with African roots as part of his wider presidential re-election campaign ahead of the 2023 elections.

On Sunday, Mnangagwa attended a Zion Christian Church (ZCC) service at Defe Dopota in Gokwe, where thousands of congregants gathered to commemorate the death of the church’s founder Samuel Mutendi.

On Saturday, Mnangagwa cancelled his trip to Mutare to meet the Johanne Masowe WeChishanu weAfrica congregants led by Andby Makururu on the 11th hour.

Makururu told his church members to chant the Zanu PF slogans at the event.

A few weeks ago, Mnangagwa attended the Johanne Marange annual Passover in Marange.

In recent months, the President has paid visits to various other churches.

“He has unofficially started the campaign,” one source confided in NewsDay.

“He is at the moment targeting churches. He is aware that churches will play a key role in winning the 2023 elections. The President will launch the 2023 election campaign after the congress in October, but is not waiting for it. It is going to be difficult for the Citizens Coalition for Change to cover ground.”

“We have always had a good relationship with the church, that is what I can say,” Bimha said.

Apostolic sects have pledged to vote for the ruling party in the 2023 elections.

Their services and annual festivals have, in the past, been used as Zanu PF campaign platforms, with the late former President Robert Mugabe, his successor Mnangagwa and other members of the ruling party frequenting the gatherings.

In December, influential leader of one of the country’s largest indigenous churches, Paul Mwazha, gave his adherents an ultimatum to vote for Zanu PF or risk excommunication.

Apostolic sect members are often commandeered to party rallies as well as to the National Heroes Acre to boost attendance figures.

When the country was on lockdown in 2020 and 2021 to curb the spread of COVID-19, the Marange sect continued with its annual gatherings in Marange.

Marange sect leader, the late Noah Taguta, who had led the church since 1992, was accorded a State-assisted funeral by Mnangagwa when he died in April this year.