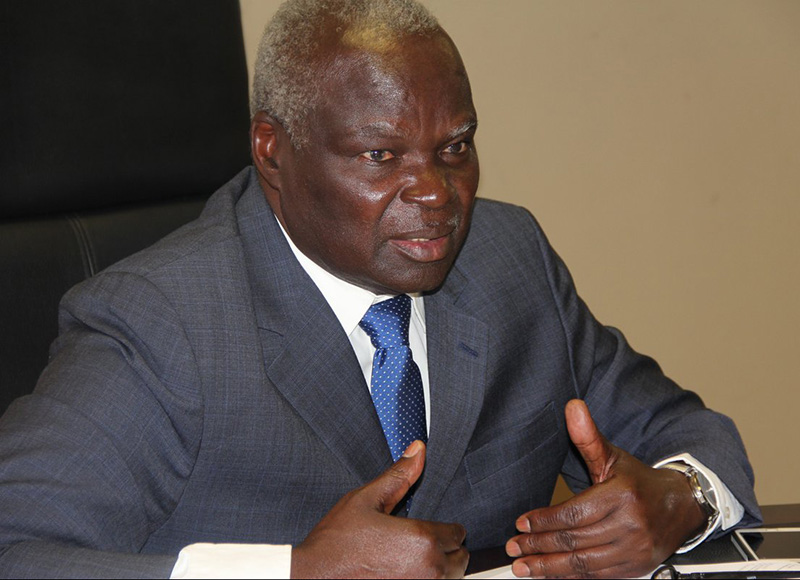 Last month, Harare refused to settle a US$780 000 bill after resolving to suspend the 30-year waste management deal between the local authority and the Netherlands-based Geogenix BV fronted by businessman Delish Nguwaya.

BY MIRIAM MANGWAYA LOCAL Government minister July Moyo has ordered Harare City Council (HCC) to pay a US$1,5 million bill due to Geogenix for the months of May and June, for services rendered at the Pomona waste management energy plant.

Last month, Harare refused to settle a US$780 000 bill after resolving to suspend the 30-year waste management deal between the local authority and the Netherlands-based Geogenix BV fronted by businessman Delish Nguwaya.

Geogenix demanded US$780 000 for managing its main dumpsite in May after it drilled a borehole and constructed a four-roomed house at the site.

The money has now accumulated to US$1,5 million.

HCC had agreed to pay US$22 000 per day in a waste-to-energy deal at the dumpsite. The outstanding invoices will incur 12% interest.

In a letter dated July 7, 2022, addressed to Harare mayor Jacob Mafume and copied to Finance minister Mthuli Ncube and Chief Secretary to the Office of the President and Cabinet Misheck Sibanda, Moyo said his office objected to the resolution that was passed by council as it was in contrast with the interest of ratepayers.

“In terms of your contract, the passing of a resolution does not in any way expunge the obligations set out in the contract by operation of any laws,” Moyo said.

“The obligations remain pending unless and until a consensus is reached by the contracting parties. Needless to say, the failure, and/or neglect to pay the May invoice has serious repercussions, not only with respect to council’s obligations, but also on government, which is the guarantor of the project.

“Your failure and/or neglect to pay have resulted in accumulation of arrears including interest due to the project. I accordingly direct, in terms of section 314(1) of the Urban Council Act [Chapter 29:15], that council immediately rescinds the relations cited above which seek to suspend the contract between City of Harare and Geoginix BV on the Pomona waste to energy project.”

If HCC decides to abort the contract, they will pay US$3,5 million to Geogenix.

Prior to his latest directive, Moyo had written another letter dated June 16, 2022 to the City of Harare stating that he had rescinded the June 2, 2022 resolutions.

Mafume confirmed receipt of both letters, but insisted that the council resolution still stood.

“We received the letters with the same directive and we are going to present the issue to the council,” Mafume said.

“It’s the people who should decide. Our position is that we cannot pay for dumping litter on our site. We do not have that money. The residents have the ultimate say.

“If the residents decide that they want to pay someone for manning their litter on their own land, then we take it from there. But as it is right now, it is absurd that we pay for our own property.”