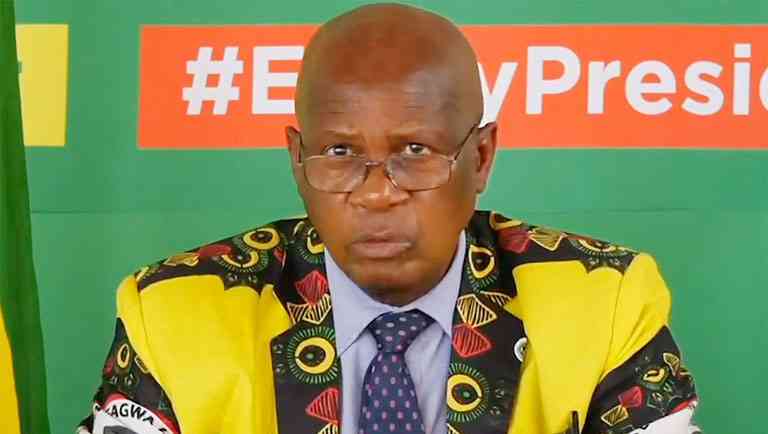 THE ruling Zanu PF party has reportedly ordered struggling State-owned parastatals to sponsor its congress this week by buying exhibition space that cost between US$3 000 and US$6 000.

State enterprises and parastatals are statutory bodies set up by acts of Parliament and companies that are wholly or majority-owned by the State. Zimbabwe has 107 such enterprises.

That means the party could potentially raise between US$321 000 and US$642 000 from parastatals alone. Zanu PF is holding its 7th National People’s Congress, the first since the late former leader and President Robert Mugabe was deposed by the military in November 2017 and was replaced by incumbent Emmerson Mnangagwa.

In two separate letters seen by NewsDay written to parastatals, one under the Information Communication Technology (ICT) and another one in the transport sector, Zanu PF secretary for finance Patrick Chinamasa asked the parastatals to exhibit at the congress.

“The Zanu PF party is appealing for your co-operation to utilise space allocated to advertise your products and services during the Zanu PF 7th National People's Congress scheduled for between October 26 and 29, 2022.

However, a top official from a parastatal under the ICT ministry told NewsDay that most parastatals had no financial capacity to fund the exhibitions.

“We are broke and we do not get government support but we are being forced to pay these large amounts to sponsor this event which is not fair on our part. Where do we find such amount of money when there is not enough already to fund our retooling efforts?” a source told NewsDay.

Zanu PF has been accused of using parastatals and State-owned enterprises as cash cows for its events.

“I am at the farm and unable to verify the letter you are referring to. I will be in the office tomorrow (today), but why don’t you speak to Chinamasa,” Mpofu said.

Efforts to get a comment from Chinamasa and Dube were fruitless at the time of going to print.

The 7th National People's Congress, will formally elect the president and first secretary of the party who will represent the party as its presidential candidate in general elections expected next year.