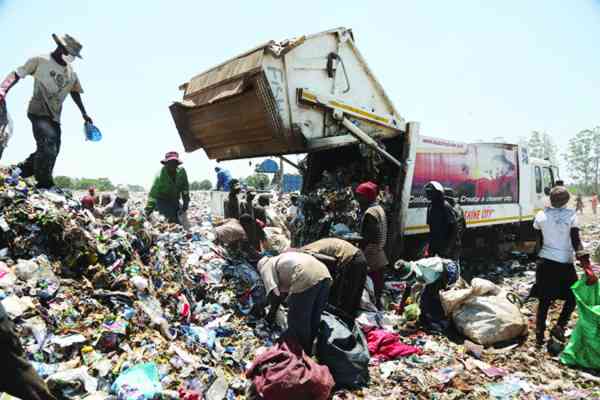 A FREAK fire broke out at Harare’s Pomona dumpsite on Monday, prompting Geo Pomona Waste Management (Geogenix BV) to blame “saboteurs” for torching the dumpsite to scuttle its controversial project.

In a statement yesterday, Geo Pomona Waste Management said: “The origins of the fire are yet to be established and investigations are underway to establish whether it was a natural fire or a product of saboteurs of the project. Indications, presently, point towards some deliberate scheme by some third hand as the fire erupted in various, but distant spots simultaneously.”

It said the fire erupted around 1200 hours on Monday.

“We made every effort to contain it. We point out that about 30% of the dumpsite was engulfed.”

“At present, we advise that we have managed to put out the fire. We have also put in place sufficient measures to safeguard the dumpsite from similar incidents going forward.”

The Pomona dumpsite has been mired by controversy after Geogenix BV was awarded the US$316 million project by government, which will see Harare City Council paying US$22 000 per day for waste management. The council has refused to pay Geogenix BV and instead wants the deal reversed because it feels it was corruptly structured.

Harare mayor Jacob Mafume said: “We are still involved in a dispute over Pomona, we have cancelled the contract ... We do believe that we need to be able to have an approach that manages waste in a manner that prevents these fires. There is a lot of material that gets deposited, and so it really needs a management process that prevents the fire and pollution.”