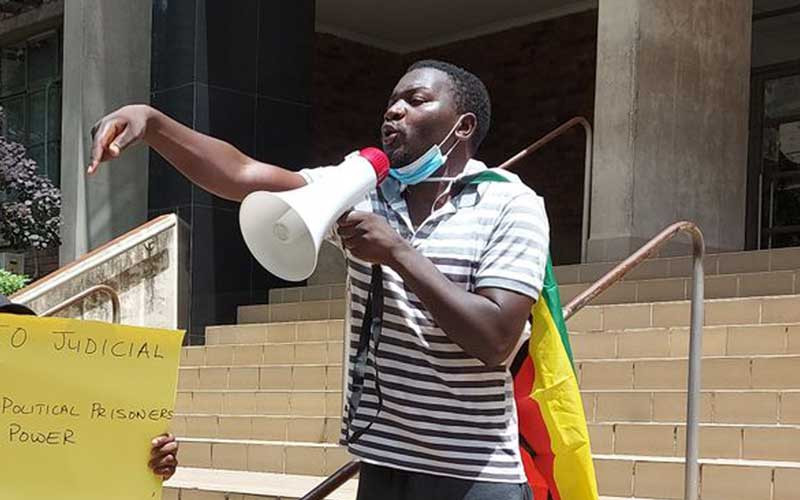 PRO-DEMOCRACY activist Makomborero Haruziviishe, who was convicted by a Harare magistrate after a full trial, has been acquitted by the High Court for lack of evidence.

Haruziviishe, who was imprisoned for 20 months, was represented by Obey Shava from the Zimbabwe Lawyers for Human Rights (ZLHR).

Taruvinga then sentenced him to 36 months in imprisonment, but 16 months were suspended on condition that he does not commit a similar offence.

The 28-year-old Haruziviishe, who was represented by ZLHR’s Kossam Ncube, was arrested on February 5, 2020 and charged with inciting public violence and resisting arrest.

During trial, prosecutors alleged that Haruziviishe incited vendors to commit public violence by whistling to them when police officers were on an operation to round up informal traders in Harare’s central business district.