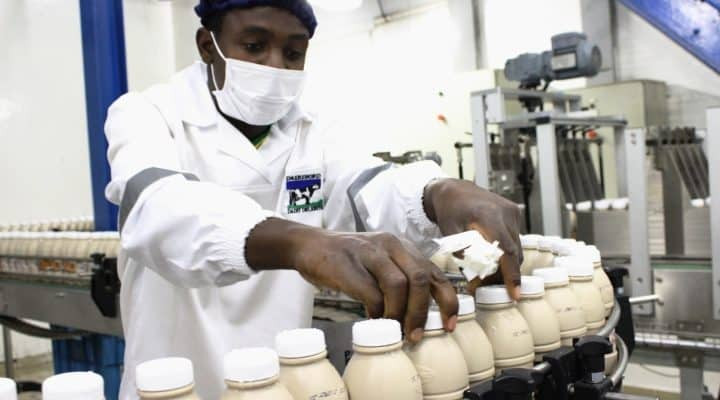 MILK processor Dairibord Zimbabwe recorded a 13% decline in liquid milk sales volumes for the third quarter, but its exports surged 118% during the same period.

In its financial statement for the three months to September 30, 2022, Dairibord revealed that raw milk supply obstacles slowed down liquid milk sales volumes.

“Liquid milk sales volumes declined 13% on account of raw milk supply challenges,” the company revealed. “Raw milk utilised for the period, at 19,8 million litres, was 3% lower than prior period and accounted for 32,9% of the intake received by processors.”

“Performance was affected by the changes in the operating environment that reduced sales volumes in July and August. The volumes recovered in September, exiting the month at 6% above prior year,” the company said.

The milk processor, however, said its cumulative sales volumes for the nine months were 5% above prior period with foods and beverages growing 21% and 12%, respectively.

Dairibord’s exports surged 118% during the period compared to the same period last year accounting for 11% of total sales for the period.

“The group’s focus on export market development was evident. Regional markets responded positively in the quarter. Export sales volumes for the quarter grew 118% compared to the same period last year and 101% for the cumulative period,” the company revealed. “Exports accounted for 11% of total sales in the quarter (5% in Q3 of 2021) and 9% for the cumulative period (4% in 2021). Revenue for the quarter in inflation adjusted terms was 39% above Q3 2021 (421% in historical terms). Year to date inflation adjusted revenue was 39% above the same period last year (287% up in historical terms).”

Dairibord pointed out that while revenue for the cumulative period grew by 39%, operating costs grew by 38% on account of cost containment measures and improved operational efficiencies.

“Resultantly, the operating profit margin improved to 7% from 6% in the prior period (10% from 8% in historical terms),” the company noted.

The milk processor also revealed that management restructured borrowings to minimise the negative impact of the prevailing interest rates currently at 200%.

“As at the end of September 2022, total borrowings were at $2,213 billion, including foreign currency loans of US$2,1 million. In US dollars terms, the loans were at US$3,6 million (at a willing-buyer, willing-seller exchange rate of 647). The business remains fairly liquid with a current ratio of 1,3 times,” it said.

The company said it has invested in processing capacity to close the current supply gap and to take advantage of opportunities arising from national economic growth, driven by agriculture, mining and beneficiation projects in oil, gas, lithium, platinum, gold, chrome and steel. It, however, bemoaned the inconsistent supply and high cost of utilities such as water and electricity.

The milk processor pointed out that its target is to achieve above average top line growth spurred by increased focus on domestic and export markets, improved product availability and an optimised route to market.