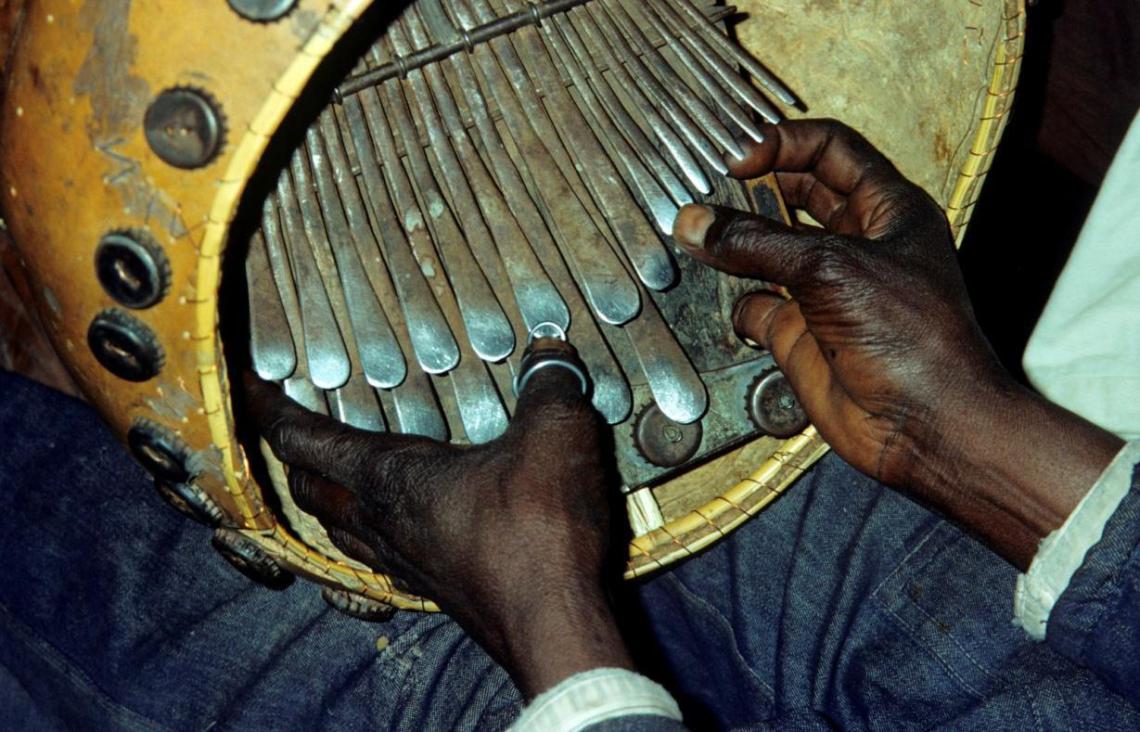 BY WINSTONE ANTONIO SOME stakeholders in the creative sector yesterday described the listing of one of the country’s musical instruments, mbira (or thumb piano) on the prestigious United Nations Educational, Scientific and Cultural Organisation (Unesco)’s Representative List of the Intangible Cultural Heritage of Humanity as a significant honour for Zimbabwe. Unesco yesterday inscribed the art […]

SOME stakeholders in the creative sector yesterday described the listing of one of the country’s musical instruments, mbira (or thumb piano) on the prestigious United Nations Educational, Scientific and Cultural Organisation (Unesco)’s Representative List of the Intangible Cultural Heritage of Humanity as a significant honour for Zimbabwe.

Mbira is made up of a handheld hardwood soundboard, called the gwariva and has a series of thin metal keys affixed to its surface. It is played by striking the metal keys.

The instrument, which has been played for centuries, is one of Zimbabwe’s most enduring instruments that has remained a vital cultural emblem often played during traditional ceremonies and rituals of the Shona ethnic people.

The recommendation of mbira to the Representative List of the Intangible Cultural Heritage of Humanity jointly done with Malawi where the instrument is called sansi follows the similar listing of the mbende Jerusarema dance in 2008.

Mbende Jerusarema dance popularised mainly by the Murewa and Uzumba Maramba Pfungwe community was proclaimed a masterpiece of the Oral and Intangible Heritage of Humanity with Murewa Culture Centre acting as the reference place for safeguarding purposes.

The dance is characterised by acrobatic and sensual body movements by women and men, driven by a poly-rhythmic drummer accompanied by men playing woodblock clappers and by women hand-clapping, yodelling and blowing whistles.

On examination of nominations for inscription on the list, Unesco notes that the art of crafting and playing mbira/sansi, plays a key role in the communities concerned.

National Arts Council of Zimbabwe (NACZ) director Nicholas Moyo said the inscription has the effect of bringing a local element, which is the art of crafting and playing mbira, on the international platform as a recognised heritage product.

“The proclamation provided renewed impetus for the National Arts Council of Zimbabwe to put more pressure and institute new dialogue with relevant stakeholders on the issue of introducing the craft of making and playing the mbira at schools,” he said.

“This also is an important acknowledgement that mbira is indeed a Zimbabwean product.

Founder of Mbira Centre Albert Chimedza and chairman of the Mbira Guild of Zimbabwe (MGZ) board said there was need to build capacity to effectively mainstream the mbira into educational, technical, scientific and creative spaces.

“As the Mbira Guild of Zimbabwe, we see today, as a day to reflect on where we have come from and where we are going as custodians of mbira culture and heritage for about a thousand years. Let us consider this proclamation as a demand to us Zimbabweans, for a sense of responsibility that requires clarity of thought and commitment to action,” he said.

“Our world is changing rapidly. As we are the guardians of the future, we have to now focus on actions that align our vision of the mbira’s future to the demands and realities of a fast changing and increasingly globalised world.”

Chimedza said there is need to sustain hard and soft mbira products that reflect Zimbabwean mbira heritage while being cognisant of its possibilities in an increasingly globalised and digitised world in which ideas cross cultures.

“Soon, more people will be playing mbira outside Zimbabwe than in Zimbabwe. It is time to make a mbira SWOT analysis to see how Zimbabwe can materially and creatively benefit from its rich mbira heritage,” he said.

“We need to prepare for, and explore the new frontiers in mbira production and practice. Our actions must focus on actions maintaining relevance in the face of inevitable change. We must interrogate the increasing use of artificial intelligence and the internet to monetise and corporatise mbira intellectual capital.”

Chimedza said there was also a need for mechanisms that adequately protect local heritage from appropriation and commercial exploitation.

“Our mbira community ought to be fairly rewarded for their work. We need to develop an intellectual property framework that protects our past achievements and future hard and soft mbira products, patents and inventions,” he said.

“This responsibility does not only rest with the mbira community but also, with our citizens and our government. Our duty and challenge is to be the owners, guardians and custodians of this heritage in a fast changing, highly technological and increasingly globalised world, not only for the past, but mostly for the future generations.

“If we don’t take leadership in being the key drivers of the mbira’s future, we will become mere witnesses to our own heritage as others with better foresight will take advantage of the new mbira opportunities.”

Former NACZ director, Elvas Mari described the inscription as a landmark development that was extremely significant for the country and culture sector.

“This will have a very important impact on music and the musicians playing the mbira instrument as well. The interest in both the music and instrument will significantly increase internationally, regionally and obviously locally,” he said.

Development which falls on May 21 by incorporating the mbira in an interactive video that enabled interested users to play the instrument.

This interactive google doodle video that was on their site’s homepage on May 21 allowed players to learn about the mbira instrument through the story of a Zimbabwean girl, shedding light on its rich musical history.

“For Zimbabwe, this is particularly encouraging that the world is appreciating Zimbabwean art. For the young artists in Zimbabwe, this reinforces the need to preserve and promote our cultural heritage because that is the way the world will notice them not through copying other people’s cultures,” NACZ’s spokesperson Rodney Ruwende said then.