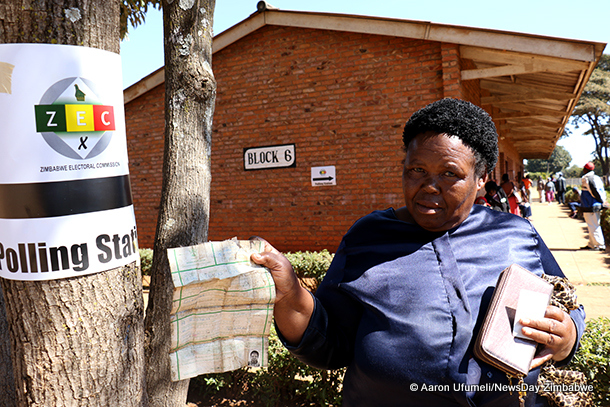 ZHRC is conducting nationwide public hearings on challenges people are facing in acquiring national documents. The hearings are currently ongoing in Mashonaland East and will run from September 23 to 27 in the Midlands province.

Scores of children of victims of the 1980s Gukurahundi massacres have been failing to access national documents such as birth certificates, national identity cards and passports because their parents died in the massacres. The most affected are from areas such as Silobela, Lower Gweru and Zhombe in the Midlands province and in the two Matabeleland provinces.

In Mashonaland East province, an outreach programme held by ZHRC recently showed that 3 855 people are facing challenges to do with documentation. Preliminary studies showed that most people in farming areas and border areas such as Mudzi are failing to access birth certificates, citizenship and death certificates.

Current legislation requires parents or relatives of a child to be physically present in the process of accessing national documents.

However, in cases where these are dead or out of the country, it has been a challenge for the children to acquire the documents.

Speaking at the Midlands consultative meeting in Gweru yesterday, ZHRC co-ordinator Gorreti Mudzongo said the commission will gather evidence from the affected people.

“The public hearings will be held in order to gather evidence on the challenges people are facing in getting the national documents. It has been discovered that lack of these documents infringes on the other rights such as the right to education and marriage, among others,” Mudzongo said.

“So we would want to have witnesses who can give evidence on the challenges they are facing. At the moment there has been generalisation in terms of the challenges, but we would now want to find tangible evidence and facts from the affected people themselves. The commission will foot costs of their travel from various areas to the public hearings as well as feed them. The ultimate goal is to ensure that we have improved access to the national documents for everyone. We would also want to see the public hearings resulting in legislative and policy reforms that can enable all the people of Midlands access the national documents.”

Mudzongo emphasised that access to national documents was not a privilege, but a right.

Mudzongo said no political party regalia will be allowed at the public hearings.

“Lack of access to birth certificates by a significant part of our population is of great concern to the commission from a human rights perspective. Birth registration establishes a person’s legal existence, legal personality and identity. The importance of nationality is to prevent statelessness. Therefore, a person who is not registered does not legally exist, is not a citizen of the country and runs a substantial risk of falling outside the reach of government’s protective measures towards him or her,” she said.

Sithole added that the current problem of securing a passport is negatively affecting many livelihoods.

“The commission has observed that with the prevailing socio-economic challenges, possession of a passport does not only facilitate freedom of movement as contemplated in Section 66 of the Constitution, but it is also a source of livelihoods. Many of our people today survive on cross-border trade. If passports are not readily available, people have no choice, but to cross borders illegally, not only compromising their rights to life, personal security and human dignity in the process, but also being vulnerable and susceptible to exploitation, abuse and modern forms of slavery and servitude,” she said.

The Registrar-General’s Office is failing to secure enough passport paper due to a serious shortage of foreign currency.