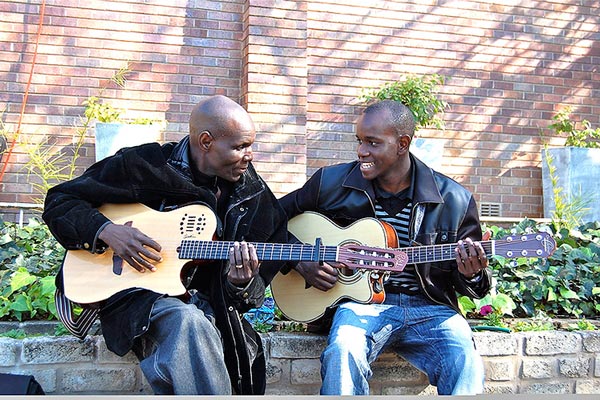 SOMETIME in 2010, after Sam Mtukudzi’s death in a fatal car crash that also killed his friend-cum-mamager, Owen Chimhare, I bought a copy of his posthumous album, Cheziya, the second in his discography after Rume Rimwe.

SOMETIME in 2010, after Sam Mtukudzi’s death in a fatal car crash that also killed his friend-cum-mamager, Owen Chimhare, I bought a copy of his posthumous album, Cheziya, the second in his discography after Rume Rimwe.

This was my first time to pay more than passing attention to his music, and to say I that I was amazed would be an understatement. Sam was like one who sang with the gods.

He would have turned 31 on Monday this week, and I have no doubt if he had lived to this day, his star would have risen higher and shone brighter. This is the same day, on April 1, 2010, that Cheziya would have been officially launched.

But he lies interred at Warren Hills Cemetery in Harare, his life cut short in its prime. The tombstone on his grave — an elephant trunk that looks like a music trumpet — speaks to the artistry that runs in his family while paying homage to their nzou samanyanga totem.

One of the most amazing, if not chilling, things about Sam is what appeared to be a morbid fascination with death in the music he left behind. The posthumous tracks Famba Zvakanaka and Rwendo Rwauya, both show the young man bidding farewell to his loved ones as he embarked on a long, no-return journey.

His is a painful story. With the offspring of many great musicians having failed to uphold their fathers’ legacies, Sam had the privilege that Tuku had already having started plotting his son’s future in music, guiding his heir to the throne like a consummate cartographer.

Sam had the rare privilege of being guided along the same steps Tuku made, literally, through the Nzou Nemhuru Yayo project.

Tuku and Sam were just about to embark on a nationwide tour dubbed Perekedza Mwana, during which they would play at some of the old venues where Tuku started off as the late music superstar sought to usher his son into his music destiny. It would have been a fitting change of guard.

Sam was so gifted by the gods of music that he easily escaped his father’s colossal shadow, experimenting with his own sound, something that even stunned his family.

Writing in the second edition of his tell-all biography, Tuku Backstage, former Tuku Music publicist Shepherd Mutamba observed: “The boy never really struggled to write and arrange music. His arrangement, where he fused classical jazz beats, was even more complex than Tuku’s. He was developing into a musical prodigy.”

He was the perfect heir to whom Tuku’s music legacy would have been entrusted. But Tuku’s desire to hand over the reins to Sam was never to be because Lady Fortuna stretched her cruel hand and snatched the golden boy away. This was probably the day Tuku first died, and the pain one feels in the track, Ronga Dondo is unmistakable.

The song is part of Tuku’s first album after Sam’s death, aptly titled Sarawoga, a father’s expression of the abandonment and loneliness after Sam packed his bags and left — never to return. In its random distribution of cards, fate is often cruel, scuttling even the best laid plans.

Ironically, Tuku perhaps did not just sing for Sam in Ronga Dondo, but for himself, too. Now it has been left to Selmor, the dark horse, to carry on the race started by the late music superstar in 1975 — something that Tuku Music fans thought would be Sam’s call.

And Selmor did not disappoint when she and her friends staged the Tuku Music Lives On concert last Friday night at Andy Miller Hall.

With many late musicians’ children often failing to keep their late father’s careers alive or perhaps as vibrant, Sam appeared to have mastered his art so much that Tuku’s legacy would have been left in safe hands.

To his credit, he did not pursue his father’s music genre — which was always going to be a hard act to follow given Tuku’s amazing genius — but he did his own beautiful brand of Afro-jazz that sounded too mature for his age.

With wisdom and foresight, Tuku decided to release two of Sam’s albums posthumously, to allow those that loved the young man’s music to have memories to treasure as Sam continues to sing even beyond the grave.

In his book, Mutamba sums up his impressions of Sam: “If you met Sam and did not like him, instantly there was something wrong with you. He was lovable, young and very debonair.”