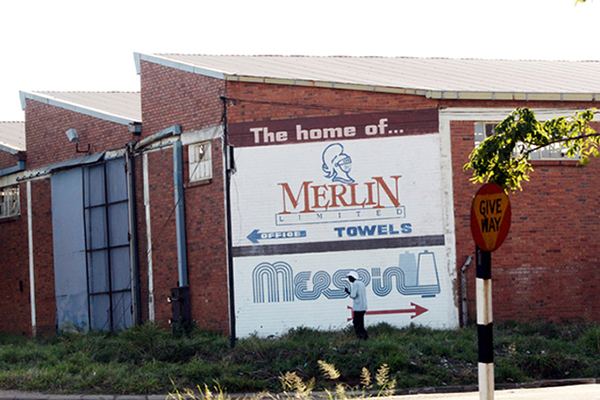 SQUABBLES between shareholders and judicial manager of struggling Bulawayo textile manufacturer, Merlin, are stalling the disbursement of a $5 million recapitalisation facility secured from the Zimbabwe Asset Management Corporation (Zamco), NewsDay can reveal.

SQUABBLES between shareholders and judicial manager of struggling Bulawayo textile manufacturer, Merlin, are stalling the disbursement of a $5 million recapitalisation facility secured from the Zimbabwe Asset Management Corporation (Zamco), NewsDay can reveal.

Merlin judicial manager Cecil Madondo, of Tudor House, told a creditors’ meeting in Bulawayo recently that he had submitted an application for funding assistance to the government-owned asset manager through the Industry, Commerce and Enterprise Development ministry.

However, a source close to the development told NewsDay last week that there was a stand-off between Madondo and Merlin shareholders, who were trying to sideline the judicial manager.

“We are still waiting for the disbursements from the $5 million facility, which was offered to Merlin by Zamco. The reasons for the delay are subtle, and regrettably, they are yet to be resolved,” the source said.

In a letter dated July 18, 2018 and directed to the judicial manager, Zamco set some conditions before the disbursements were effected.

The main condition was that the judicial manager agrees on the disbursements with the shareholders, another position which contravened section 307(2) of the Companies Act (Chapter 24:03).

But Madondo reportedly did not object to that arrangement because it enhanced “accountability and transparency”.

“Surprisingly, the shareholders have been throwing spanners in the works, trying to sideline the judicial manager, which has forced Zamco to put on hold the release of the funds,” the source said.

The source said Madondo has been trying to no avail to convince Zamco that he has the mandate to act on behalf of the company in terms of the High Court and sections 303 and 306 of the Companies Act.

Zamco head of legal and compliance, Daisy Zinyemba, confirmed that there were ongoing discussions between the judicial manager and the shareholders, which have a material bearing on the disbursement of the facility and the outcome of which would determine the way forward.

She, however, would not shed more light on the issues regarding Merlin, referring more questions to Madondo.

Merlin was once among the largest textile companies in the country, with over 2 000 employees.

The company survived liquidation nearly two decades ago and was placed under judicial management for a third time in December 2011.

It suspended production in October 2010 to minimise losses when capacity utilisation fell to a lowly 20%.

At full capacity, the plant at Merlin had potential to process 120 tonnes of lint per month.

According to the minutes seen by NewsDay, Zamco convened a stakeholders meeting at Merlin in Bulawayo on August 9, 2018 to address the outstanding issues in order to expedite the release of the funds.

The meeting was attended by Zamco, Danisa Nkomo (shareholder), a Mr Ndubiwa (a lawyer for shareholder Delma Lupepe) and Madondo.

The meeting resolved that shareholders be tasked to proceed with the process of engaging the creditors with a settlement offer of $0,40 in a dollar from their own resources in full and final settlement, as well as provide a report to Zamco within a period of 14 days from the date of the meeting.

The judicial manager was asked to provide the shareholders with a support letter to the creditors, together with a list of all known creditors.

The meeting agreed to set up an oversight committee to monitor the disbursement of funds and the operations in general.

The committee, made up of the judicial manager’s, Zamco’s, shareholders’ and employees’ representatives, will be expected to hold regular management meetings and report to the principals.

Contacted for comment last week, Madondo confirmed that there were “some challenges blocking progress” on the disbursement of the $5 million facility.

“It is in the best interest of all stakeholders that the company be resuscitated as the project is of national importance, capable of creating employment opportunities, generating foreign currency and contributing to the national fiscus,” Madondo said.

Sources also say on September 19, Merlin’s major shareholder, Lupepe, visited Madondo’s offices, according to him, “to establish common ground regarding the matter before the courts so that Zamco could release funds”.

“He said Zamco were comfortable with this arrangement and will release funds to pay all the creditors for Merlin and Merspin, including judicial management costs,” the source said.

After the visit, Lupepe’s lawyers, however, wrote to Madondo, “whose contents and sentiments were contrary to the proposal by Lupepe during his visit to Madondo’s offices”.

Merspin Limited is owned by Merlin.

Madondo sought confirmation from Zamco, which then refused to take a position, saying it only wanted to facilitate dialogue between the parties.

Madondo confirmed Lupepe’s visit, but said his new position was unexpected, considering that Lupepe himself had said he wanted to resolve the matter amicably and out of court.

“We then wrote back to Zamco and recommended that the matter be referred to higher authorities since we were making no progress. We are still waiting for Zamco’s response,” Madondo said.

“It is our considered position that the matter now requires intervention from higher authorities as engagements between the parties have stalled.”

Efforts to get a comment from Lupepe’s lawyer, Ndubiwa, were fruitless as he did not respond to an email sent to him a week ago, even though he acknowledged receipt.