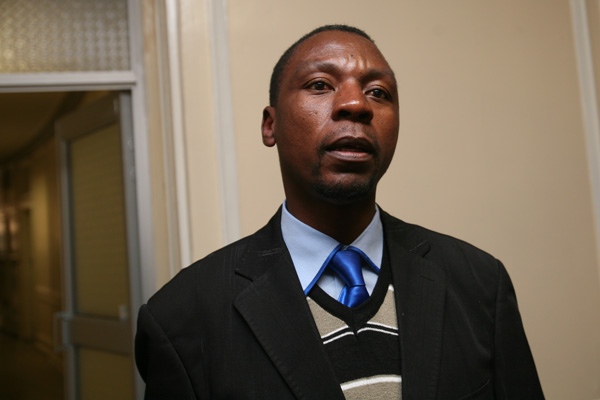 MDC-T top leaders have pledged to investigate the violent scenes that characterised the burial of party leader, Morgan Tsvangirai at his rural home in Buhera on Tuesday.

MDC-T top leaders have pledged to investigate the violent scenes that characterised the burial of party leader, Morgan Tsvangirai at his rural home in Buhera on Tuesday.

This comes amid reports that the youth allegedly threatened to torch a hut the trio had sought refugee in and deflate their vehicle tyres.

“Acting president, (Nelson Chamisa) has ordered the security and intelligence department of the party to investigate the violence and harassment of the senior members of the party and submit a report to him in the next 24 hours,” Tamborinyoka said.

Chamisa said stern action would be taken against perpetrators, adding violence was not part of the MDC-T character.

Mwonzora said the party would convene an urgent meeting to deal with the matter.

“It was humiliating to the leaders involved. We cannot accept a situation, where a leader of Khupe’s stature is being subjected to tribal rants and hate speech. I am the secretary-general and I will advise the leaders of the standing committee meeting,” he said.

MDC-T youth assembly secretary-general, Lovemore Chinoputsa said: “We take with great exception whenever people fail to find each other, they always want to blame the youth assembly. They don’t want to introspect, but rather they want to always push the blame on young people, which is sad.”

MDC-T chairman, Lovemore Moyo, acknowledged that the scourge violence was growing within the party.

“Normally, there is no formula for dealing with a human mind that has all of a sudden decided to go wild and exhibit itself as a violent mind. As a leadership, we always preach non-violence because those are the foundations of this movement, those are the guiding principles of this movement and MDC-T is known for a non-violent approach to our political approach,” he said.

Bhebhe said what was happening on the ground might be a mirror of the calibre of leadership they would be when in government.

But MDC-T deputy treasurer-general, Charlton Hwende, a Chamisa ally, denied reports that the party was in a crisis.

“Khupe and company have been boycotting meetings, where these issues were discussed and now they go everywhere to disparage the party,” he said.

“The situation must be contained and allow the party to move forward and prepare for elections.”

He said there was no turning back on the current leadership and those calling for an extra-ordinary congress to choose Tsvangirai’s successor were out of order.