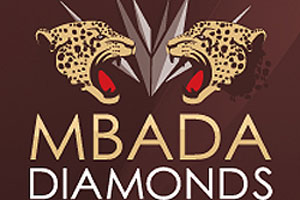 Stretching for 300km down the eastern side of Zimbabwe, bordering Mozambique, are the Eastern Highlands

Stretching for 300km down the eastern side of Zimbabwe, bordering Mozambique, are the Eastern Highlands – the combined name for three ranges of hills and mountains – the rolling countryside and tea plantations of the Nyanga range; the granite peaks of the ChimanimaniMountains; and the green meadows and the coffee plantations of the Bvumba range.

These areas are sparsely populated, making it a peaceful place to visit. It enjoys a cool, wet climate providing relief from the higher temperatures of the lower lands. The Highlands have a cooler and wetter climate than other parts of Zimbabwe with higher rainfall, low cloud and heavy mists and dew as moisture moves inland from the Indian Ocean. Many streams and rivers originate in these mountains, which form the watershed between the Zambezi and the Save River systems.

To the north of the Eastern Highlands, the hills are covered in rolling heath-land.

The first settlers created lakes, planted forests of fir trees, and introduced trout to the streams. Now known as the Nyanga National Park, much of this area was the private estate of Cecil Rhodes. The Nyangarange is home to Mount Nyangani, the highest mountain in Zimbabwe (2595m).

It is a good area for walking, with plenty of mountain trails, varying from gentle strolls to challenging hiking routes. Some lead to deep gorges and tumbling waterfalls (including Mtarazi Falls, which at 725m is the second highest in Africa), others lead up mountains or to spectacular vistas.

There are even serene lakes where you can relax with a picnic or hire a boat.

South of Nyanga National Park, the botanical gardens at La Rochelle are enroute to Mutare, the region’s Centre, just off the spectacular Christmas Pass. South of the town are the luxuriant cloud-forests of the Bvumba Mountains, an archipelago of misty peaks, which provides amazing vantage points into Mozambique and Zimbabwe! Here the Bvumba Botanical Gardens are a very special attraction, commanding ethereal views over rolling mists (Bvumba means mist in the Manyika language), and the start for gentle walks into the surrounding valleys.

This Bvumba area is also known for its boutique soft cheeses and fine coffee, so the delicious food found here is no surprise. Just a little further from the Eastern Highlands, the hot springs of the Save River Valley (the valley of baobabs)can be found – at an altitude of less than 600 m.

This Zimbabwean Eastern Highlands region even boasts an oasis in the desert offering a hot pool with water high in therapeutic minerals!