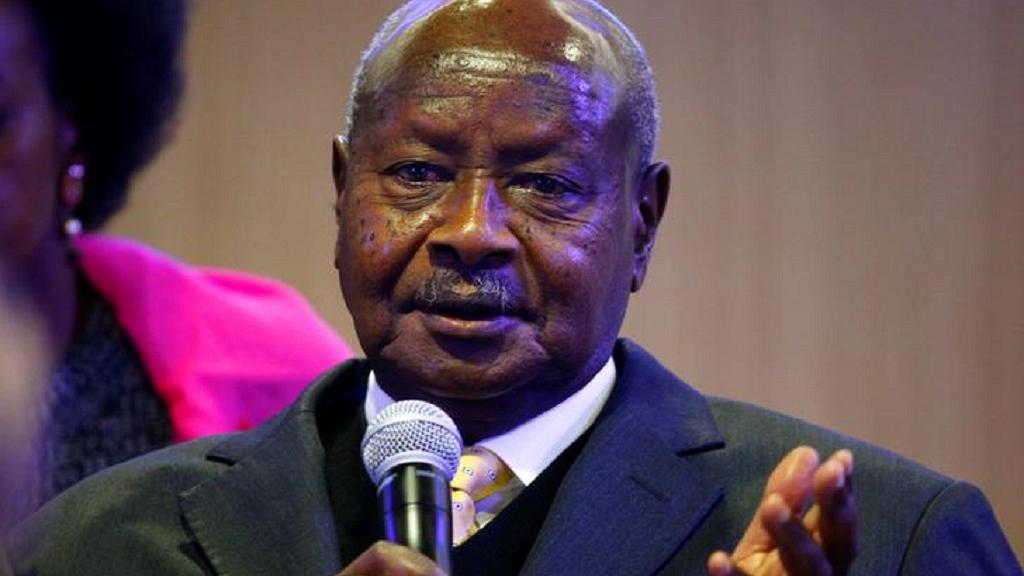 Museveni, who arrived in Bulawayo amid high security, officially opened the fair for the second time.

Showgoers and exhibitors who attended the official opening ceremony had high expectations that the Ugandan leader would deliver an inspiring and forward- looking statement.

However, all hopes vanished as the Ugandan leader opted to dwell on his country’s history and re-igniting the tired sanctions debate on Zimbabwe.

“I have been here in 1989 to officially open the fair. It is 30 years since I was here and opening the show. So it is not only the 60 years anniversary of the trade fair, but also 30 years of my presence here,” he said.

Museveni took his audience down memory lane, delving into his relations with the ruling Zanu PF party and with other former liberation movements in southern Africa.

“I am not a stranger to Zanu PF. I have worked with Zanu PF and the other liberation movements in Africa, that is (the likes of) Frelimo, and the African National Congress (ANC), MPLA, PAC, Zapu, in the 1960s.

“And in 1968, together with a group of students, some of whom were coming from Zimbabwe, we went on a solidarity trip to Mozambique to support Frelimo. I want to thank the people of Zimbabwe for their struggle. The struggle here was not easy. Africa has been divided in two parts. There are parts in Africa where the Europeans did not want to stay forever. So they designated those as protectorates. Uganda was a protectorate.

“… that protectorate (status) was not welcome, but that is what they said. There were other countries like Zimbabwe, Kenya and South Africa, where they said these are colonies. The Europeans would never leave. Indeed, Ian Smith said the whites would be here for a thousand years. I hope most of you are so old enough to remember that statement. And from my mathematics, the thousand years have not been achieved and Ian Smith is not here,” Museveni said, much to the chagrin of the guests at the ceremony.

He said there was need for African countries to work together for the development of their nations.

The Ugandan leader condemned the sanctions imposed on Zimbabwe by the West, saying they were not justified.

Museveni also blamed African countries for failing to work together.