Landmark ruling on US dollar debts 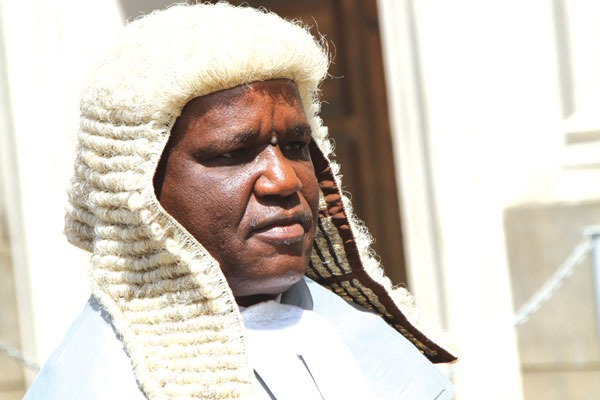 THE Supreme Court of Zimbabwe has delivered a landmark ruling declaring that a debt owed in United States dollars (US$) incurred on or before February 22, 2019 should be discharged by paying in local currency, the Zimdollar, at the rate of 1:1.

THE Supreme Court of Zimbabwe has delivered a landmark ruling declaring that a debt owed in United States dollars (US$) incurred on or before February 22, 2019 should be discharged by paying in local currency, the Zimdollar, at the rate of 1:1.

The ruling was delivered in favour of Zambezi Gas Zimbabwe (Pvt) Ltd in a matter involving NR Barber (Pvt) Ltd, which was owed over US$3 885 000 by the gas company before the effective date of Statutory Instrument (SI) 33/2019 being February 22, 2019.

The determination of the apex court in the land came about after Zambezi Gas Zimbabwe had its property attached following a judgment in favour of NR Barber after the latter had declined to accept the settlement of the debt in local currency.

According to the judgment of the court, NR Barner initially instituted proceedings against Zambezi Gas for payment of US$3 885 000, which payment was for services which had been rendered by the former to the latter.

However, on June 25, 2018 Zambezi Gas was ordered by the High Court to pay the amount claimed in US dollars together with interest at the prescribed rate and costs of suit on an attorney client scale.

This prompted Zambezi Gas to lodge an appeal against the judgment, but it was dismissed by the High Court on May 13, 2019.

Dissatisfied by the High Court’s ruling, Zambezi Gas took the matter to the Supreme Court, where it won the matter in a determination made by Chief Justice Malaba and Justices Susan Mavangira and Nicholas Mathonsi on Monday this week.

“This is an appeal against the decision of the High Court (“the court a quo”) dismissing an urgent chamber application for an order declaring that the payment made to the first respondent (NR Barber) in terms of a court order was a full and final settlement of the liability owed by the appellant,” Chief Justice Malaba said.

“The appeal succeeds. The court holds that the Presidential Powers (Temporary Measures) (Amendment of Reserve Bank of Zimbabwe Act & Issue of Real Time Gross Settlement Electronic Dollars (RTGS dollars) (SI 33/19) expressly provides that assets and liabilities, including judgment debts, denominated in United States dollars immediately before the effective date of February 22, 2019 shall on or after the aforementioned date be valued in RTGS dollars on a one-to-one rate.”

The Supreme Court said the order in terms of which Zambezi Gas was obliged to pay the judgment debt owed to NR Barber, denominated in United Stated dollars, was made before the effective date.

According to court papers, on May 21, 2019, Zambezi Gas deposited $4 136 806,54 into NR Barber’s account as settlement of the judgment debt plus interest and costs of suit.

But NR Barber, through its lawyers, wrote to Zambezi Gas on the day of receipt of the funds, complaining that the amount deposited was less than the amount ordered by the court.

Commercial lawyer James Nyamunda was of the view that the judgment would not have any new impact on the economy as it was simply a confirmation of the operation of SI 33/19 and the subsequent amendment of the Finance Act.

“The SI began operating in February 2019 and its effect, as has now been confirmed by the Supreme Court, is that all debts designated in US dollars and owed prior to the date of operation of the statutory instrument will continue to be paid in RTGS at the rate of 1:1 with the US dollar,” he said.

“By implication, this gives a reprieve to debtors who have access to the US dollar, who will now simply convert their US dollar to RTGS and pay less than what they would have paid had it not been for the statutory instrument. In short, the judgment cements the status quo.”