COVID-19 Zimbabwe: Is there a plan after the lockdown 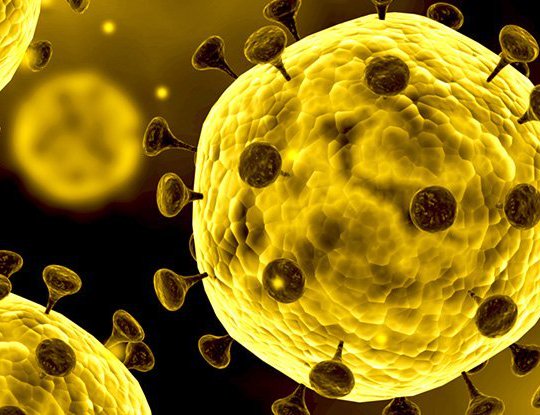 As the novel coronavirus continues to spread, countries have put their citizens under various forms of lockdowns that have technically shut down vast sections of economies with only essential businesses being allowed to function and minimised social activities.

As the novel coronavirus continues to spread, countries have put their citizens under various forms of lockdowns that have technically shut down vast sections of economies with only essential businesses being allowed to function and minimised social activities.

China was the first to do so in late January.

Other countries like Sweden have, however, desisted from such restrictive measures, preferring to maintain a near-to-normal life-restaurants, bars, schools and playground were open.

The Swedish government says it is relying on voluntary action by the public to take responsibility for themselves in order to stem the spread of the virus and is very confident its policy will work.

However, the death rate in Sweden has surged and is now almost three times that of Norway, Denmark and Finland.

Other countries have resorted to totally different prescriptions from the rest. Tanzania’s President John Magufuli encouraged people to go pray in churches and mosques to quell a “satanic” virus which he said can only be cured by divine intervention.

“Coronavirus cannot survive in the body of Jesus Christ, it will burn”, Magufuli was quoted saying.

Brazil President Jair Bolsonaro overturned a ban on religious activities by state governors and many city mayors and described the coronavirus as a “psychosis” that can be fought with vodka, saunas and driving tractors.

All this shows how we all respond differently when faced with challenges, even cats chew their own tail, while rabbits eat their own children.

On the African continent, Rwanda became the first country to impose a nationwide lockdown.

By then Rwanda had recorded 17 confirmed COVID-19 (The disease caused by SARS-CoV-2) cases.

Under the lockdown measures effected on March 22, both public and private workers were ordered to work from home.

South Africa, which is the continent’s most industrialised economy also went into lockdown mode in March which was widely perceived to be one of the most stringent on the continent, it banned jogging outside, banned public gatherings, limited the numbers of people at funerals to only 50, banned alcohol and cigarette sales and restricted non-essential movement.

The move by south Africa appears to be paying dividends as the number of cases has declined in the last two weeks and the actual situation in South Africa has shown a different trajectory from the expected exponential infection increase.

South Africa President Cyril Ramaphosa has even extended the lockdown for two more weeks and he justified the move on the backdrop of evidence that suggested that the lockdown was limiting Covid-19’s spread.

It is clear that lockdowns do not stop the virus but in essence can only slow the spread of the virus infection, thereby, slowing the number of new infections.

This delay will enable governments to buy time which can be used for further mitigation activities such as boosting healthcare preparedness, sourcing treatments, vaccine development, community surveillance, mass testing and contact tracing.

South Africa has tried to do this, during its lockdown and managed to buy some four to six weeks of time before the peak.

On whether to continue or lift the lockdown, South Africa has adopted an evidence based decision making approach from data gathered from screening programmes and will be guided by the transmission rate of the virus.

By monitoring the Reproduction number, R0 (R naught), which indicates how contagious the coronavirus is as it reproduces itself, the government can better decide whether to extend or ease the lockdown.

R0 tells the average number of people who will catch the disease from one contagious person and a desirable target R0 would be anything less than one [one person infected per case].

Lockdowns and social distancing may be effective in bringing the R0 down which can then pave way to ease the lockdowns.

While the fight to save lives is very crucial at this moment, the issue of livelihoods is equally important and should not be ignored.

The two should be seen as parts of a coherent whole rather than separately.

There exists the threat from COVID-19 pandemic and also the economic and health effects of the lockdown.

This is of paramount importance especially in Africa where most people live on less than a dollar per day.

Focusing only on the health aspect and ignoring the economic challenges will be costly in the long run and may even have far worse impacts.

The government has to reopen the economy in a careful manner so as to protect the gains of the lockdown.

Prolonging the lockdown is never a viable and sustainable prevention strategy for COVID-19 especially when the economy, society and public health are looked at as a coherent whole.

The major worry is that once economic and social activity restarts, cases of COVID-19 can surge and lead to outbreaks.

In my view, it is not the reopening of the economy that is the problem, but rather a haphazard easing of a lockdown without necessary health and economic measures and strategies in place.

Any strategy beyond the current lockdown must be designed to ensure both public health and economic growth.

Some restrictions should be maintained even beyond the lockdown in order to mitigate the spread of the virus, for example limiting numbers at funerals, restricting public gatherings and maybe even suspending sporting events which normally tend to crowd people.

Non-essential travelling should continue to be banned.

There has to be an aggressive surveillance and testing programme especially at the country’s entry ports and tourist sites.

Mandatory quarantine must continue and must be strictly adhered to.

I would personally urge that face-mask wearing be made mandatory and all non-essential community services be suspended for now.

In the long-term, the healthcare system has to be boosted to optimal levels.

We need to invest in the healthcare system and emulate other countries’ systems like the UK’s National Health System.

In a threat assessment done by the Imperial College (London) COVID-19 Response Team headed by Professor Neil Ferguson, that was released on March 26, it expected that Zimbabwe may over the next 250 days’ experience between 8 370 104 and 13 981 028 infections.

This calls for prompt and urgent intervention strategies.

The government has to consider aggressive community surveillance programmes to find people with the virus, isolating them and tracing their contacts.

This is because of the risk of asymptomatic persons “silently” spreading the infection.

Community surveillance will enable the government to isolate people with the virus, quarantine those, rather than prolonging or extending a national population on an entire population. Moreover, there has to be a strategy to protect persons at high risk for severe COVID-19 disease especially those with HIV/AIDS.

China was the first to end its lockdown of Wuhan, which had stretched for 76 days since January 23.

Wuhan was the original epicentre of the coronavirus crisis recording more than 50 000 infections and over 2 500 deaths according to China’s National Health Commission.

Even as the lockdown was lifted in Wuhan, some restrictions remained in place and officials warned of further infections.

The warnings were real; on Monday April 13, China reported 108 new cases of coronavirus and 98 of these import cases from abroad.

Seven of the new cases were recorded in a province bordering Russia.

In Wuhan, only those residents who produce a government assigned green QR codes on their mobile phone and a letter from their employer are allowed to leave their compound.

Those green QR codes are only assigned to persons that are healthy and, thus, are allowed to travel and go to work.

In residential communities, one person per household with a green QR code is allowed to leave their compound for only two hours per day.

Another country that has eased the lockdown is Spain.

This came after it had reported its lowest daily growth (517 new deaths recorded on Monday, falling from 619 on Sunday) in confirmed coronavirus infections in three weeks.

Workers in industry and construction will be able to return to work.

Shops will remain closed, apart from supermarkets, fruit stands, bakeries, butcheries, news-stands and pharmacies. These rules will remain effective till May.

While other countries have extended their lockdowns (for example South Africa, India and France), it is clear that there is an inevitable need to reopen the economies.

Zimbabwe has to consider reopening its economy by cautiously addressing and balancing the needs of both the economy and public health.

Community transmission should continue to be curtailed by effective early interventions such as social distancing, testing, isolation contact tracing and quarantine.

The country needs to adopt a systematic approach that is aimed at keeping infection rates low while easing lockdown in stages.

Some restrictions must be maintained for now while the focus shifts to hotspot identification and intervention before they evolve into outbreaks and preparing for peak medical care response.

Hopefully the global scientists will be able to produce a vaccine sooner.

Joseph Ndondo is a student in Business Leadership (Masters) at Bindura University of Science Education (Zimbabwe), a graduate in Applied Biology and Biochemistry from the National University of Science and Technology (Zimbabwe) and an alumnus to a number of fellowships including the World Youth Forum (Egypt), The Young African Leaders Initiative (YALI), the Mandela Institute for Development Studies (MINDS), the African Changemakers Fellowships, the Friedrich Ebert Stiftung Felllowship and the African Changemakers Fellowship. You can contact him for feedback or questions on kunashe@outlook.com