Could it be more about money and less about Chiwenga? 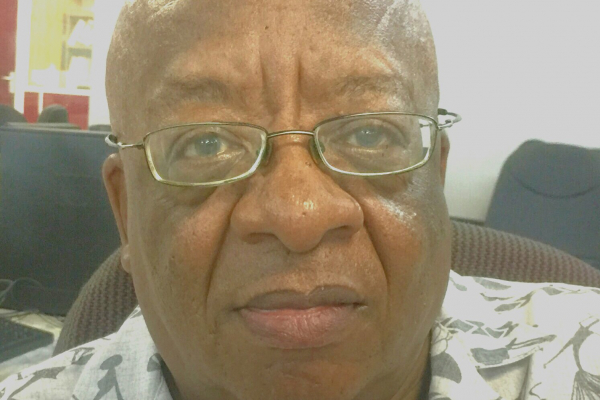 If you say that the joke is on a particular person, you mean that the person has tried to make someone else look silly, but has, in the process, made himself or herself look silly instead – like if you put glue or chewing gum on someone’s seat and then you mistakenly sit there, the joke is on you. This happened this week when lawyers took advantage of demonstrating over a largely justified and legitimate grievance which directly falls under their purview – that of the possible subversion of the criminal justice system by the State – to gratuitously unleash a personal attack on Vice-President Constantino Chiwenga making their entry point his mispronunciation – not deliberate or ignorant – of “L” as “R”.

“The joke is on you,” goes an English saying.

If you say that the joke is on a particular person, you mean that the person has tried to make someone else look silly, but has, in the process, made himself or herself look silly instead – like if you put glue or chewing gum on someone’s seat and then you mistakenly sit there, the joke is on you.

This happened this week when lawyers took advantage of demonstrating over a largely justified and legitimate grievance which directly falls under their purview – that of the possible subversion of the criminal justice system by the State – to gratuitously unleash a personal attack on Vice-President Constantino Chiwenga making their entry point his mispronunciation – not deliberate or ignorant – of “L” as “R”.

Well, one of the lawyers’ placards had the word “immediately” mispelt in big, bold letters – and the joke was, thus, on them.

Some of this perverse show by the lawyers in Harare could have been due to immaturity.

Some of them behaved like puerile whippersnappers straight out of law school with one of them grinning from ear to ear as she held up the placard totally oblivious of the misspelt word.

As one can see, education does not always come with maturity.

Yes, young and inexperienced people can be presumptuous and overconfident.

Some of them tend to be too arrogant to the extent of not showing respect towards others, especially older people.

How often have we seen such piped-up whippersnappers come up with pointless and irresponsible comments further inflamming the volatile political situation in the country especially on social media?

This provocative behaviour is clearly abuse of democratic space.

No wonder right-thinking people were disgusted by the tone set at the demonstration.

One of them, Evangelist Denford Mbawa, expressed his shock and disgust thus: “They (the lawyers) are mocking those with ‘speech impairment’ – what a shame.”

Yes, Chiwenga does not do that because of ignorance or deliberately.

It’s possibly due to dysarthria, a medical condition manifesting in mispronouncing words usually because of a problem with muscle control.

Yes, people are free to dislike Chiwenga’s politics as much as the Vice-President is also entitled to dislike their politics.

But to then refer to an apparent disability mockingly in advancing your agenda is crossing the line from decency to degeneracy.

This reminded one of when Donald Trump, during his campaign for the United States Presidency in July 2016, mocked a disabled reporter by bending his wrist severely and flailing his arms repeatedly to mimic anthrogryposis, the condition afflicting that reporter which causes joint contracture in arms and hands.

Award-winning American actress Meryl Streep had this to say: “… this instinct to humiliate, when it’s modelled by someone in the public platform, by someone powerful, it filters down into everybody’s life, because it kinda gives permission for other people to do the same thing. Disrespect invites disrespect, violence incites violence.”

The Harare lawyers, being influential in society, set a bad example like Trump did.

Their disrespect could also invite disrespect, and their violent verbal attack could incite actual physical violence, as international award-winning Zimbabwean journalist Hopewell Chin’ono similarly observed: “… the usage of such placards muddies the waters and it makes what is a good cause become very political! It also makes it difficult for non-partisan folk to follow and support them. There was no need to mock the Vice-President, why do that when you have a good cause to fight for? It only hardens attitudes creating an unhealthy ecosystem for all concerned!”

These lawyers, because they are so bookish, cannot see that everything has its unwritten rules which could be more important than written rules in certain circumstances.

Not everything is in the law textbook.

These lawyers ought to think outside the box.

Not having a sociological perspective so as to understand the societal and social implications of their actions shows they have a worse disability than Chiwenga.

So, what happened was no ordinary joke, but a sick joke which has the real potential of destabilising and further inflaming an already volatile situation.

But it should not go unmentioned that there could be a sinister self-serving side to it.

One cannot help but notice that some politicians, more so in the opposition, and lawyers’ organisations in this country are enmeshed so intricately that often there is no way to know where politics ends and proper law begins.

This has morphed into a foreign donor-legal-political complex just like the military-industrial complex in the US.

Former US President Dwight D Eisenhower coined this term in 1961 in his farewell address to refer to “a conjunction of an immense military establishment and large arms industry”.

Here’s how it works: American taxes support a massive military budget which is doled out to large defence contractors.

These corporations use this money to buy politicians and impel the US to enter unending wars in order to assure that their contracts never end and grow increasingly bloated.

Similarly in Zimbabwe, the foreign donor-political-legal complex sues the government for just about anything, and the lawyers involved are making a killing financially from foreign donors.

Consequently, the Zimbabwean legal field can be deemed as performing highest than any other sector of the economy itself.

The more the conflict, the more money the lawyers-cum-politicians make.

If there is no more conflict in Zimbabwe, foreign donor funding goes elsewhere.

So it is in the vested interest of the foreign donor-legal-political complex to project Zimbabwe as a flashpoint so as to keep the funds rolling in.

It’s not a coincidence that these lawyers have become fabulously rich and, of course, now live far away from the poor people of the ghettoes from whose continued suffering they profit and so would not want these poor souls’ lives to change.

If anyone doubts that, in 2000 when I was at the Daily News, a senior editor (name withheld) made this startling remark just before the parliamentary elections: “But if the MDC wins the election, what shall we write about?”

As non-governmental organisations soon became a thriving industry drawing sustenance from foreign aid, the abundance of resources, low barriers to entry and lax oversight was bound to attract mercenaries, and create perverse incentives for erstwhile upright people to behave badly as we are seeing today.

As one can see, it could be more about money and less about Chiwenga.

By Rejoice Ngwenya 11h ago
Constitutional democracy: To what extent are Zimbabweans free?

By AMH Voices 11h ago
Letters: Zanu PF’s terrorism should come to a stop

By Clarice Mhoya 11h ago
Leveraging a collaborative mindset for business