Young voters could decide Zim’s 2023 presidential election: Will they? 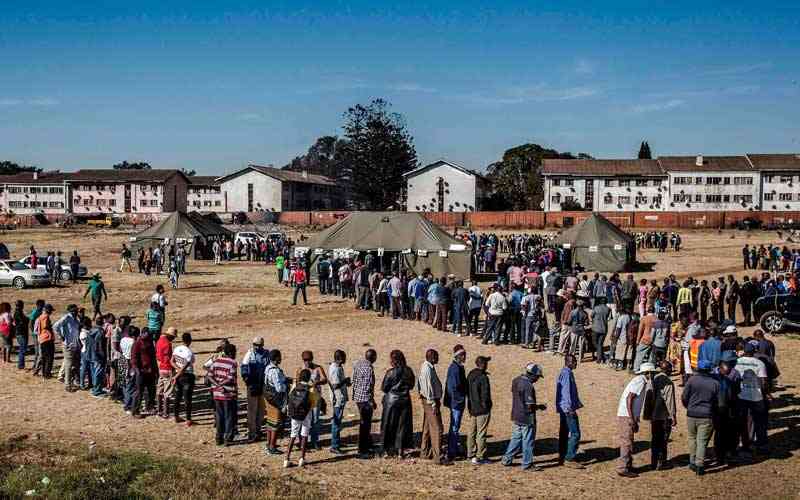 File picture of people in a queue to vote

Zimbabwe is a youthful country with 70% of its 15,1 million people under the age of 35. It is not unreasonable at all to expect some level of focus and political engagement among this group that constitutes the majority of the country’s voting population. Some of the most important trends expected to shape our socio-economic and political life, opportunities and challenges in light of the fourth industrial revolution upon us, warrants their involvement, representation, and participation in democratic processes.

There are varied reasons for the low levels of participation by young people in elections. Whereas Zanu PF’s intimidation and kleptocracy is salient, apathy and ignorance among the youth themselves is real and social media is perpetuating this lethargy. It is a major source of distraction and can nab the attention of users and prevent them from actively fulfilling civic responsibilities like voting and becoming educated on political systems and government functionality. This does not, however, mean that the mere existence of these cyberspace networks is the problem. The problem lies on how the youth are utilising these platforms and how they are affecting political engagement.

If one studies closely the content consumed, level of engagement and time spent on social media by young people between the ages of 18 and 35, he or she will understand the addictiveness and toxicity of social media usage. In this case, one must be “very” active on social media to objectively assess these trends. Because youth in Zimbabwe are a heterogeneous group, differentiated by class, age, gender, income, ethnicity, level of education and political affiliation, it is important to confine this analysis to young urbanites and university students, the purported political constituency of the opposition. This group disproportionately has access to mobile smartphones, Wi-fi networks and data bundles, and is more likely to sink into the addictions of Facebook reels and memes, Instagram slay culture, video games, pornography, toxic socialites, fake prophets, shoddy motivational speakers and lackluster mbingaz (rich or wealthy persons). They are especially susceptible to the ignorance trap and existing inside a bubble impenetrable by political trends.

Access to internet in Zimbabwe is prohibitively expensive and beyond the reach of certain segments of the population for geographical, social or other reasons. Many poor rural communities struggle to access the internet and other telecommunications services.

Rural folks, 67% of the population in Zimbabwe (the ruling party’s trump card) are, therefore, less likely to consume anything from the internet and social media. Zanu PF has capitalised on this demographic advantage. Whereas it uses food, T-shirts, fertilisers, farm machinery, and land distribution to win votes (mostly in rural areas), on the other hand, the opposition banks too much on galvanizing on cyberspaces where they get very little engagement from the urbanites and where rural folks (the majority) are hardly active. The point here is that the ruling party has both resources and strategy. The opposition barely has either of the two. Hence, the popular refrain, ‘‘nyika hayitongwi paInternet,’’ meaning ‘‘power is not derived from the internet.’’ Galvanising on social media is based on weak ties and remote participation. Twitter followers, Facebook comments, and Instagram likes for ‘‘political content’’ may be enticing, but they do not usually amount to votes. People should never read too much into them.

These platforms sometimes galvanise deep political engagement and bring together youth in many parts of the country to be actively involved in democratic processes. However, research shows that in many cases, youth mostly spend hours on these sites discussing anything from celebrity lifestyle, music, drama, fashion, memes, gossip, sport, sex and umjolo (relationships). By removing youth from serious engagement with issues that affect their lives, social media is holding the youth hostage and cultivating political apathy.

There are few, if any serious political discussions online of topics that tend to collect in the political zone for analysis and debate. This stands to benefit President Emmerson Mnangagwa’s camp more and explains why it is not a surprise that most of the socialites and influencers that command a huge following on social media are affiliated with Zanu PF .

Young people are bonded on issues of little importance. They do not give politics a first thought. Registering to vote is not so much of a priority to them. The tables below can best illustrate this argument.

Youths are nevertheless, genetically and biologically the same the world over: they have very short attention spans and politics may seem too involving being mixed up with their immediate youthful pursuits. But if we go by historical precedent the world over, there are always times when young people are pushed to the brink and they politically act against palpable odds of repressive intimidation and State-sponsored violence.

In many revolutions in history, especially important political struggles such as our own Second Chimurenga, the South African apartheid, the Civil Rights Movement in the United States, the Arab Spring in the early 2010s, the 2014 Venezuelan protests, and the recent mass protests in Sri Lanka, youths seized the moment.

In the recent elections in Zambia, political violence before and during elections and various forms of repression by state agents, such as beatings, unlawful arrests, and fears of being an opposition supporter were part of the election. However, young people voted in huge numbers. Four million young people between the ages of 18 to 24 registered to vote. The point here, is that the political playing field is never 100% level. Thus, it is key for opposition parties to invest more into political activities which they can leverage or influence more to gain political power.

Rallying as many people as possible to register to vote, to show up on polling and to protect the vote from fraud is vital. It’s not the only panacea but its key.

It may not be this 2023 election, but I believe that in one political cycle, Zimbabwean youths will help define our political destiny and usher a post-Zanu era.

By Emmanuel Koro 1h ago
What’s wrong with Cites? 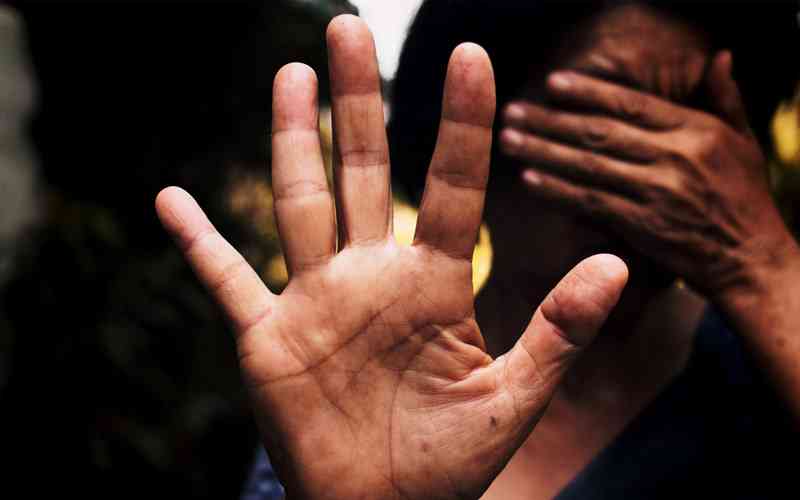