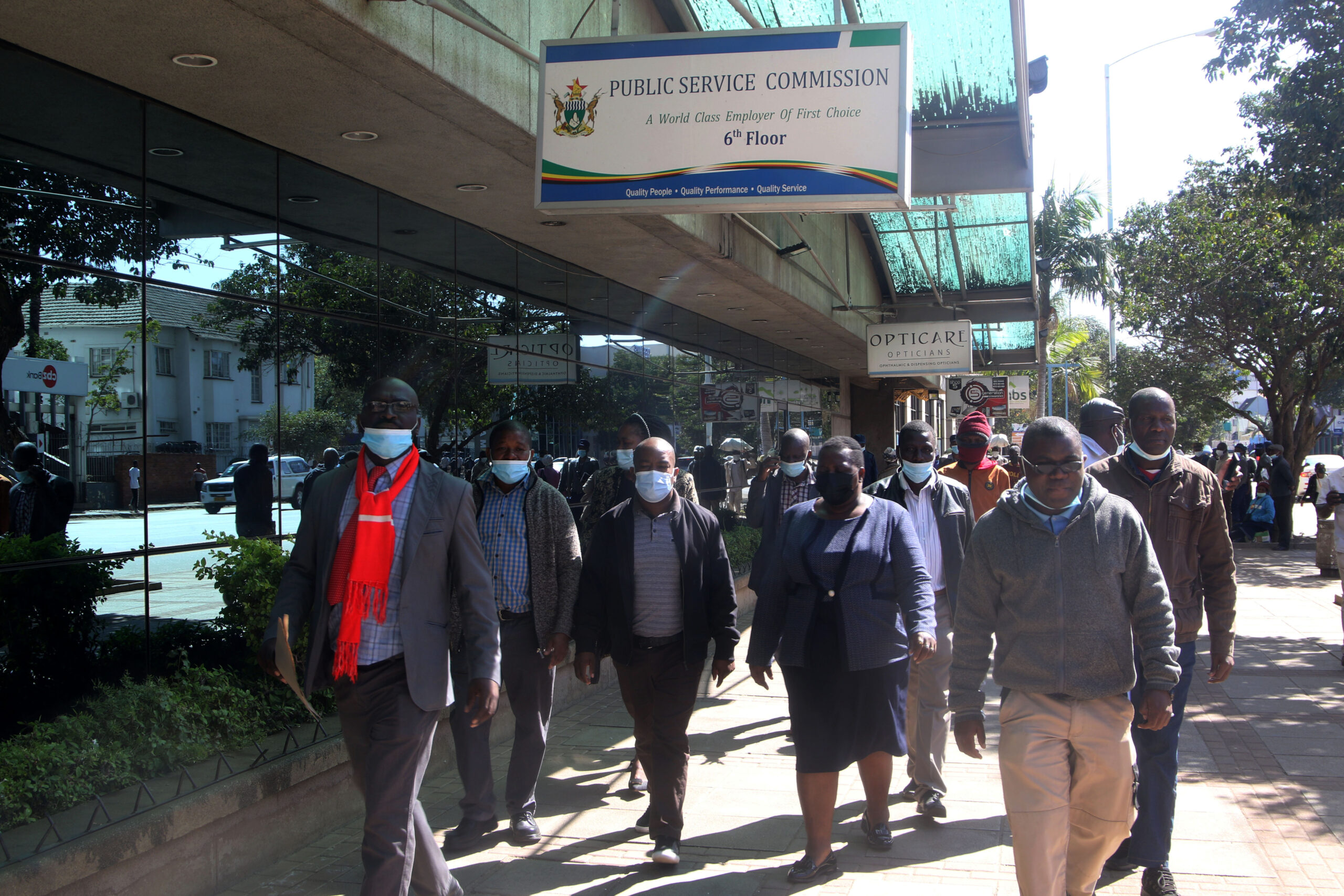 Hundreds of workers yesterday picketed at the Public Service Association House along Livingstone Avenue in Harare after police, armed with baton sticks and shields blocked them from leaving the area.

Hundreds of workers yesterday picketed at the Public Service Association House along Livingstone Avenue in Harare after police, armed with baton sticks and shields blocked them from leaving the area.

Initially, the civil servants unions had planned to march from the Public Service Association House to the PSC offices, but police were closely monitoring their movements and cordoned off the area.

The workers then handed over a petition to government saying that it has no mandate to take over PSMAS.

PSC secretary Jonathan Wutawunashe yesterday dismissed the claims that government was planning to take over PSMAS.

“Any claim that any government ministry, department or agency plans to ‘take over’ PSMAS is as false as it sounds. Fortunately, civil servants and the public at large are aware of the character of such mischievous falsehoods,” Wutawunashe said.

“Speculation about the cause of inefficiencies that threatened to paralyse PSMAS are unnecessary, and a forensic audit ordered by the regulator of medical aid societies is underway. A full and objective picture will emerge from that audit. Its results will be clear to all stakeholders.”

“We believe PSMAS is for the workers and it was formed by the workers but we are surprised that the government through the PSC is giving directives to the regulator of the medical aid societies which instructed the secretary in the Health ministry to stop the annual general meeting last Thursday. PSMAS is governed by annual general meetings because that’s where we make meetings. No one is above AGMs and we want the meeting to be done yesterday,” Dongo said.

“We just want the government to hands-off PSMAS, let us manage PSMAS. We have seen that a lot of our hospitals are not functioning well.  It would be naïve for us the workers’ unions to handover our organisation to the government. At least they should give us a chance to run PSMAS as workers and as the owner of this organisation.”

Progressive Teachers Union secretary general Raymond Majongwe said: “We only want to communicate to our employer about our disappointment. We are simply saying ‘hands-off our baby’ because PSMAS is a workers’ product and they can’t come and muscle it away from us. To our surprise, we came here and we found police threatening us not to exercise our rights.  We are not going to be scared.”