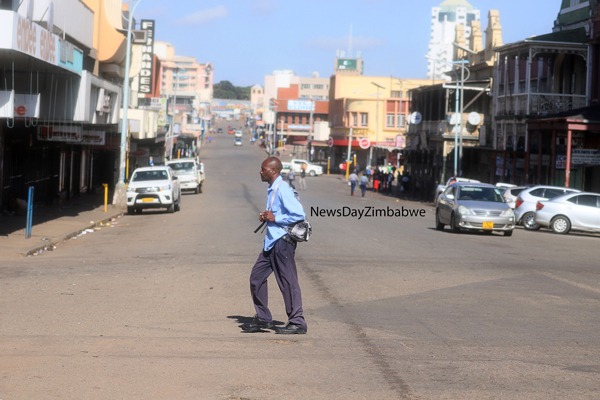 NOBODY likes being locked up. Being under lockdown is less stressful, but it is not too distant a cousin of incarceration. Yet the whole world is practically locked down right now.

NOBODY likes being locked up. Being under lockdown is less stressful, but it is not too distant a cousin of incarceration. Yet the whole world is practically locked down right now.

By Alois Mukonyora, Our Reader

The COVID-19 pandemic has ground the world economies to a halt with a remarkable even-handedness for the rich and poor alike.

No discrimination there. Even the United Nations can only dream of such impartiality.

In our own backyard, families cower behind walls, occasionally taking a walk around the premises. The more daring individuals venture further out to the shopping centres. But they are literally dicing with death.

First, by going out, their chances of mingling with a carrier of the deadly virus and, thus, contracting it rise exponentially.

Also, the adventurers risk being arrested and assaulted by the security forces.

These guys have a dubious, but well-documented record of beating up suspects first and asking questions later.

Some victims of police brutality since the lockdown began have approached the courts for recourse.

On April 7, Levison Ncube (25) of Bulawayo reportedly lost his life after being thrashed by men alleged to be officers of the law. He had dared to take a stroll with his girlfriend in violation of the “stay indoors” requirement.

Clearly, it is safer to stay at home. But how safe is home? Just the other day, again in Bulawayo, Ordetta Mpofu (44) allegedly struck her husband in the head with an axe over the control of a television remote, killing him instantly.

Many more cases of gender-based violence are likely happening behind closed doors. Victims suffer in silence because of the immobility imposed by the lockdown. At any rate, such cases have always gone unreported. One area of comfort for the majority of urban dwellers who have suddenly found themselves redundant is social media.

At any hour of the day, platforms like WhatsApp and Facebook are abuzz. But even here, safety is limited.

While touring Gweru recently, President Emmerson Mnangagwa issued a stern warning to those who “abuse” social media platforms to spread “lies” about the epidemic. Such people face a sentence of 20 years behind bars if caught.

Today, 40 years have gone by, but that ideal is not within the reach of the majority.

Not yet. And by the look of things, not in the near future.