Crocodile farming helping in conservation efforts for the species 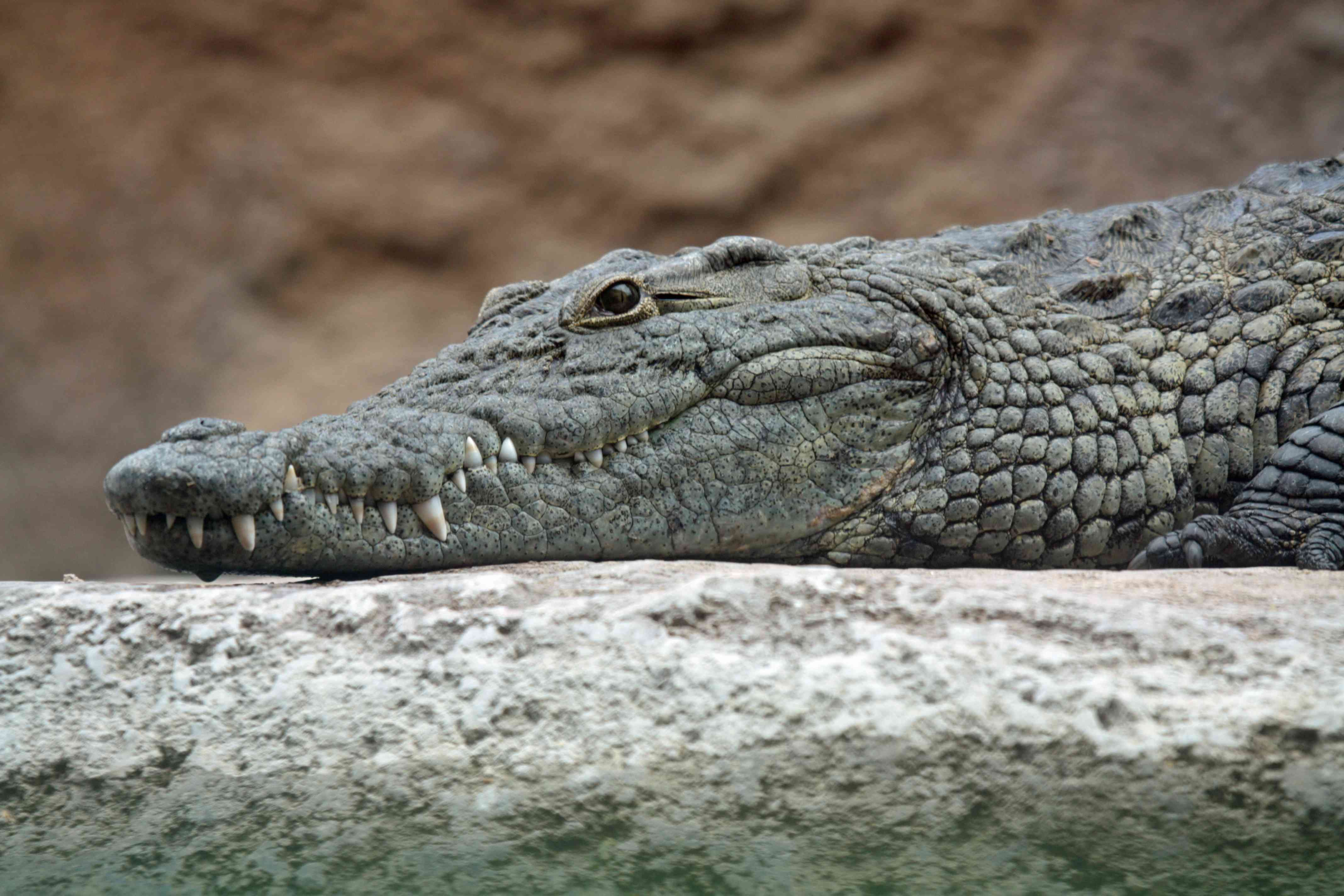 The Convention on International Trade in Endangered Species of Wild Fauna and Flora (Cites) secretariat says the harvest and trading of Nile crocodiles in Zimbabwe and Kenya have resulted in a positive impact on the species, other species, and the habitat, according to its new report.

Nile crocodiles are a type of large crocodilian native common in freshwater habitats in Africa.

This type of crocodile species is found in the Zambezi valley, the fourth longest river in Africa, which passes through Zambia, Angola, Namibia, Botswana, and Zimbabwe. Locally, from Victoria Falls in the east, the Zambezi valley extends into Lake Kariba before entering the Middle Zambezi, which is renowned for fishing, particularly tiger fishing, and wildlife.

In its inaugural World Wildlife Trade report released on the second day of the ongoing Cites annual convention in the Latin American country of Panama, which started last Monday and ends on Friday, the secretariat found that poor livelihoods helped with Nile crocodile conservation.

“The production of luxury leather from the harvest and trade of Nile crocodiles (Crocodylus niloticus) in Zimbabwe and Kenya not only resulted in positive impacts on the species itself, but also other species and the habitat in general. For instance, Nile crocodile numbers in the lower Zambezi valley in Zimbabwe were declining in the early 2000s, from 3 559 in 2000 to 2 214 in 2004 due to a mixture of habitat destruction affecting crocodile breeding areas and killing as a result of human-crocodile conflict (Wallace et al. 2011),” Cites said, in its report.

“Similarly in Tana County, Kenya, crocodiles were perceived as a dangerous predator and regularly killed through poisoning or other means. A lack of livelihoods options in the region was also driving significant hunting and poaching of other species. In both areas, crocodile ranching programmes were established to generate incentives for crocodile conservation, and livelihood benefits for local people but have also had the effect of decreased poaching pressure on other sympatric species in the landscape — including small antelope and other common species poached for bushmeat but also commercially valuable species such as elephants poached for income (Utete 2021).”

The Cites secretariat found a belief in both areas that removing crocodile trade would increase development rates and significant habitat modification along rivers and wetland ecosystems.

“There have been suggestions of various land-uses such as development of new or more lucrative fisheries, improved access to semi-aquatic grazing areas, increased livestock densities, higher rates of human activity in close proximity to water’s edge,” the Cites secretariat said.

However, the Cites secretariat said these initiatives did not materialise as the gains from the legal trade of Nile crocodiles incentivised the conservation of the rivers and wetland ecosystems in the area.

“After identifying this issue, and in order to foster goodwill with the local community, the companies provided funds to the local government to assist in the construction of a local women’s health clinic. Along with the increase in quality of maternal healthcare, the clinic also helped to create more jobs for local people,” the Cites secretariat said.

The firm's Zimbabwean crocodile operation consists of three Nile crocodile (Crocodylus niloticus) farms located on the shores of Lake Kariba. Each farm runs independently and is a cost-profit centre, with the abattoir at the Kariba Crocodile Farm operating as a separate independent economic unit.

“Padenga views community involvement and development as being a significant part of its ethos,” PHL said, in its 2021 sustainability report.

“The company’s focus is towards creating sustainable partnerships with communities in ways that bring long-term benefits and lead to community empowerment and economic independence. The Company supports those communities within which it operates as part of its commitment to good corporate citizenship.”

In terms of health and well-being, PHL has two clinics that serve the communities where it operates and spent US$40 673 in social investments in 2021. Regarding education and culture, it has partnered both government and non-government organisations to build educational and social structures.

In terms of jobs, as of 2021, nearly 60% of the permanent staff and 35% of the contract staff employed by PHL, were from local communities.

Lastly, through the payment of permit fees, local rates and taxes, and long-term lease fees for PHL’s farms, it paid the Zimbabwean government and local authorities US$2 207 684 last year.

Forty percent of the current year’s sales were from carry-over skins from prior year, and these were sold to newly-sourced markets, according to PHL chairperson Thembinkosi Nkosana Sibanda.

“Year to date, 18 530 skins were harvested compared to 22 903 skins in the prior year. Initiative directed at improving skin quality implemented in response to the recent market evolutions continued to yield positive results, towards meeting the top tier customer’s quality expectations,” Sibanda said, in the quarterly trading update to PHL’s investors.

However, no meat exports occurred during the period or the year owing to more stringent protocols from PHL’s main export market, Europe.

During the first six months, PHL’s Nile crocodile operation earned a profit before tax of US$2,9 million, overturning a 2021 comparable loss of US$2,8 million, because the firm added more markets. By June, PHL had 31 534 skins in its inventory and recorded 25% of the total Nile crocodile skins stock having been sold.

The authority has enforced a sustainable wild egg collection quota each year to keep crocodile populations in Lake Kariba at a comparatively static level.

This is in addition to a Nile crocodile conservation programme that guarantees those rural populations most harmed by their interactions with crocodiles receive some compensatory benefit from money made from using the species.

“Female Nile crocodiles lay 35-45 eggs in a single clutch each season, and with an average density of 1,7 crocodiles/km shoreline, and a breeding lifespan of over 50 years, the annual egg production potential for Lake Kariba is considerable,” PHL said.

“Each year ZimParks issues the Crocodile Farmers Association of Zimbabwe (CFAZ) a permit authorising the collection of crocodile eggs from the wild on the understanding that the revenue generated from egg levies is paid to the respective responsible authorities for the areas in which egg collection occurs (rural district councils, Forestry Commission, ZimParks and private landowners).”

PHL continued: “CFAZ then issues wild egg collection permits to approved individual farms that are members of the organisation. The process of egg collection, incubation and hatching is monitored by ZimParks and veterinary officers to validate that the eggs are collected and incubated in an appropriate manner and that all applicable animal welfare norms are observed. Each farm submits collection and incubation data to CFAZ which then collates the information in its annual report which is presented to ZimParks and sent to Cites.” 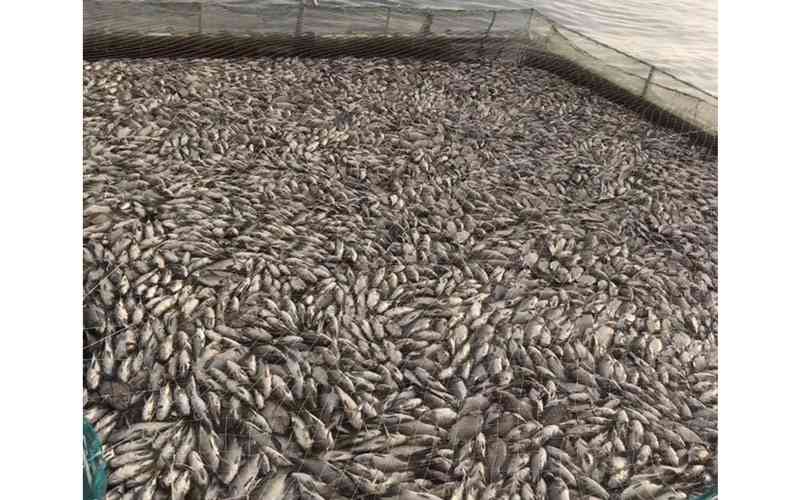