If Elon Musk restores Trump’s Twitter account, it could pave the way for other platforms to do the same

Police buckles under pressure; bans use of hand-held spikes

Russia and Belarus have started 10 days of joint military drills amid ongoing fears of a Russian invasion of Ukraine.

Belarus is a close ally of Russia and has a long border with Ukraine.

The US has called the drills – believed to be Russia’s biggest deployment to Belarus since the Cold War – an “escalatory” move. Ukraine says they amount to “psychological pressure”.

Russia has repeatedly denied any plans to invade Ukraine despite massing more than 100,000 troops at the border.

But the US and other Western countries have warned that an attack could come at any time.

Moscow says it cannot accept that Ukraine – a former Soviet republic with deep social and cultural ties with Russia – could one day join the Western defence alliance Nato and has demanded that this be ruled out. It has been backing an armed rebellion in eastern Ukraine since 2014.

Diplomatic talks aimed at defusing the tension are expected across Europe on Thursday. 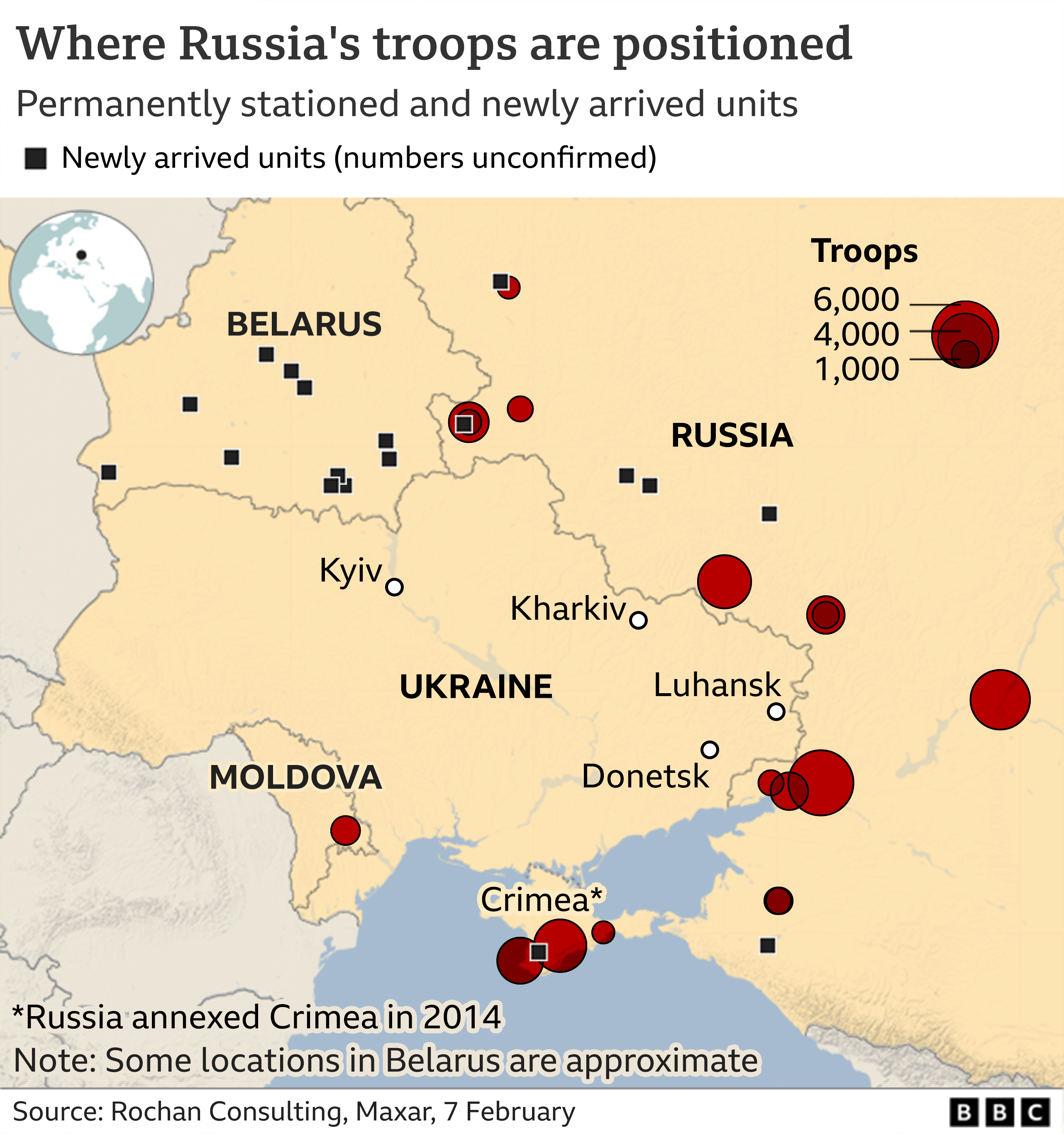 Some 30,000 Russian troops are expected to take part in the drills with Belarus.

Belarus leader Alexander Lukashenko is a firm ally of Russian President Vladimir Putin. The Kremlin backed Mr Lukashenko after a disputed election in 2020 that led to protests.

A Kremlin spokesman described the joint drills as serious, saying Russia and Belarus were being “confronted with unprecedented threats”.

Russia’s EU ambassador Vladimir Chizhov, however, told the BBC that his country still believed diplomacy could help de-escalate the crisis over Ukraine. He said Russian troops currently stationed in Belarus would return to their permanent bases after the exercises.

Talks aimed at reducing the tensions are expected to take place later on Thursday, and will include Russian and Ukrainian envoys along with France and Germany – known as the Normandy quartet.

There is some suggestion that a renewed focus on the so-called Minsk agreements – which sought to end the conflict in eastern Ukraine – could be used as a basis to defuse the current crisis.

France’s ambassador to the US, Philippe Etienne, tweeted that the Minsk agreements should be used to “build a viable political solution”.

UK Prime Minister Boris Johnson is set to travel to Brussels and Warsaw on Thursday in support of Nato allies.

Mr Johnson’s trip is part of a surge of diplomatic activity, with Foreign Secretary Liz Truss and Defence Secretary Ben Wallace also due to meet their Russian counterparts in Moscow on Thursday.

Ahead of the first visit to Russia by a UK foreign secretary in four years, Ms Truss said she was determined to stand up for freedom and democracy in Ukraine and intended to urge Moscow to pursue a diplomatic solution.

Moscow has repeatedly blamed what it calls “the Anglo-Saxon nations” for escalating tensions around Ukraine.

And it described the UK’s claims that the Kremlin planned to install a pro-Russian puppet government in Ukraine as hysteria.

Meanwhile German Chancellor Olaf Scholz will meet leaders of Baltic nations Estonia, Latvia and Lithuania – small Nato member states that border Russia and were in the former Soviet Union – in Berlin on Thursday.

“The task is that we ensure the security in Europe, and I believe that that will be achieved,” he said at a joint press conference with Danish Prime Minister Mette Frederiksen on Wednesday. -BBC