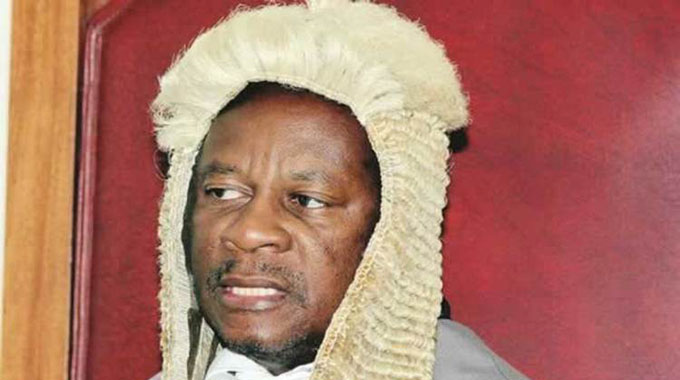 This came out after a shadowy group called Children of Zipra Veterans wrote to Zacc accusing the duo of misconduct in their handling of the dispute over ownership of Kershelmer Farm in Nyamandlovu district.

This came out after a shadowy group called Children of Zipra Veterans wrote to Zacc accusing the duo of misconduct in their handling of the dispute over ownership of Kershelmer Farm in Nyamandlovu district.

The group claimed to have an audio where the owners of the farm, Siphosami Malunga, Charles Moyo and Zephania Dhlamini were allegedly plotting to bribe judges to rule in their favour. The farm is at the centre of a legal wrangle between the trio and National University of Science and Techology lecturer Dumisani Madzivanyati and Zanu PF secretary for administration Obert Mpofu, who claim to have been given portions of the farm by government.

“I can confirm our Bulawayo office is investigating the case,” said Makamure without giving more details on the matter.

In a letter to Zacc, the Children of Zipra Veterans accused Justice Makonse and Tshuma of conniving to abuse the court processes.

“We believe that the evidence is pointing towards a deliberate conspiracy to reverse the land reform programme through bribery, corruption and criminal abuse of office. We kindly request an urgent investigation into Makonese and Tshuma over the following matters: Timothy Sean White versus Zenzo Ntuliki ref HC 1072-15 …” the letter read.

“We also attach an audio file as evidence to a conspiracy to bribe judges in the Esidakeni farm saga. In this audio, one Dlamini and Moyo implicate themselves and one Sipho (Siphosami) in a plot to bribe judges when the need arises for them to buy the justice system.

“We believe that these are serious allegations which require the diligence and attention of your office.

“It is, therefore, unacceptable that a few individuals would seek to reverse the land reform programme through corruption, bribery and abuse of office. We look forward to your swift action on the matter.”

The land dispute is pending at the courts.