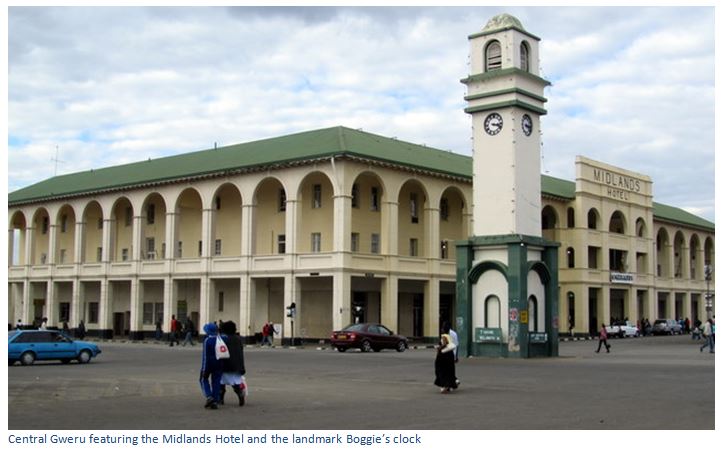 The organisation toured some of the projects in Mtapa suburb this week, where its representative, Fanny Nyaunga said about $2,8 million was injected into poultry, shoe-making, hydroponic gardening and peanut butter manufacturing projects.

AT least 940 households in Gweru will benefit from urban resilience building projects spearheaded by a German non-governmental organisation, Welthungerhilfe.

The organisation toured some of the projects in Mtapa suburb this week, where its representative, Fanny Nyaunga said about $2,8 million was injected into poultry, shoe-making, hydroponic gardening and peanut butter manufacturing projects.

“We are implementing the urban resilience project in partnership with World Food Programme,” Nyaunga said.

“We have taken some households and assisted them with at least four sustainable projects that ensure that even when the financial assistance ends, there is continuity, and that families have sources of income and can sustain their lives.”

A beneficiary of the hydroponic project, who identified herself as MaMoyo, said the gardening system had enabled her to realise quick harvests.

“In four weeks’ time, l can harvest some crops and vegetables through this unique farming technique,” MaMoyo said.

“Given the water crisis that we face as a city, this farming method is very effective and has assured not only good nutrition to my family, but is also a source of income.”

Hydroponic gardening is a method of growing plants without soil. Water is mixed with nutrients and directly goes to the plant’s roots.

A chicken project beneficiary said he took care of his orphaned grandchildren through proceeds from the venture.

“Our appeal is, however, for the funders to increase the number of chicks they give to each beneficiary,” he said.

In recent years, there has been an increase in poverty levels in urban areas as much as in rural areas.

Last year, government announced that a food aid distribution programme would be rolled out in urban areas.

Experts have called for investment in long-term projects that promote both economic and environmental sustainability in the face of climate change.

By Tafadzwa Kachiko 21m ago
6 succumb to diarrhoea