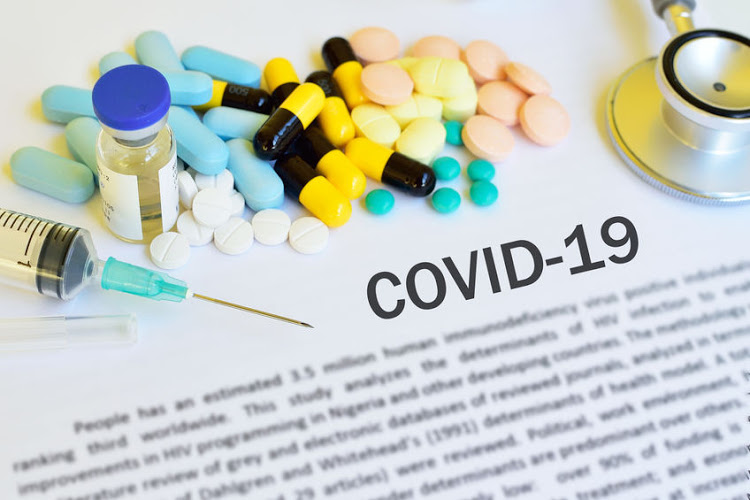 GOVERNMENT has approved mass importation of the veterinary anti-parasitic drug, Ivermectin, as it battles the second wave of COVID-19 infections which have rattled President Emmerson Mnangagwa’s administration after killing five government ministers.

Robert Mudyiradima, the acting Health secretary wrote to the Medicines Control Authority of Zimbabwe (MCAZ) acting director-general Robert Rukwata directing that the drug be approved for use in the treatment of COVID-19 and that it could not “deny them (COVID-19 sufferers) effective treatment regimes”.

“It is in this regard that authority is granted for you to proceed under section 75 of the Medicines and Allied Substances Control Act to allow importation and use of these medicines under the supervision and guidance you outlined,” Mudyiradima wrote on January 26.

“Ivermectin can be evaluated for both treatment and prophylaxis (prevention).”

Health deputy minister John Mangwiro was not reachable to clarify the matter.

COVID-19 chief co-ordinator in the President’s Office, Agnes Mahomva, was also not reachable.

Jasper Chimedza, the Health secretary, was not picking calls.

Government is clinically testing Ivermectin in a bid to establish its efficacy in treating the coronavirus.

Mnangagwa plans to roll out vaccines against the virus during the course of the year.

This was after a prominent medical practitioner, Jackie Stone, stoked controversy in the medical fraternity when she prescribed Ivermectin, Doxycycline and

Nano Silver as COVID-19 therapy, reportedly despite lack of clinical evidence that they were safe.

The use of the drug triggered an outcry from some doctors who said they feared patients were being put at risk by being prescribed a drug that had not undergone clinical tests.

Some doctors described the use of the drug as “a worrying combination of therapy for patients with SARS-CoV-2 infection and COVID-19”.

The doctors wrote to the Medical and Dental Professional Council of Zimbabwe registrar Josephine Mwakutuya last week demanding the sanctioning of Stone, arguing that “her fitness to continue practising in the country should be reviewed”.

The MCAZ also issued a statement warning against the use of drugs that have not been tested and approved before government intervened and gave the green light for the importation of the drug, which it said could potentially save lives.

The pandemic has seen a growing number of COVID-19 infections and deaths since January, bringing cumulative cases to 32 646 and 1 160 deaths as of last night.

The order by government to MCAZ came after some doctors, who are at the forefront of fighting COVID-19, wrote to the Health ministry seeking permission to use Ivermectin and Nano Silver to treat COVID-19.

The Employers Confederation of Zimbabwe (Emcoz) had also written to Vice-President and Health minister Constantino Chiwenga eight days before seeking authorisation of the use of Ivermectin for prevention and treatment of COVID-19.

In a letter dated January 24 addressed to Chimedza by the College of Primary Care Physicians of Zimbabwe, the doctors claimed that they had successfully used Ivermectin in conjunction with Nano Silver and record positive results.

One of the medical professors who complained against Stone, Rashida Ferrand, yesterday said there was no problem with the testing of Ivermectin if done under government supervision.

In his letter to Chiwenga dated January 18, Emcoz vice-president Demos Mbauya said: “There is increasing evidence that the anti-parasite drug Ivermectin has the potential to improve outcomes for patients affected by COVID-19.

“It also protects or prevents infection of both high risk individuals such as healthcare workers and those exposed to contacts of persons infected with COVID-19.”

The United Kingdom has also approved the use of the drug, according to a report in The Times.

Last week in South Africa, a group of doctors, clinicians, pharmacists, public health specialists and scientists interested in exploring the potential of Ivermectin to prevent and treat COVID-19 lodged an application with the South Africa Health Products Regulatory Authority seeking permission for doctors to prescribe the drug to patients.

According to the doctors, Ivermectin has been approved for use at provincial level in Argentina, at State level in India and country level in Belize and Macedonia, while possible use was being explored in the United States and Australia.