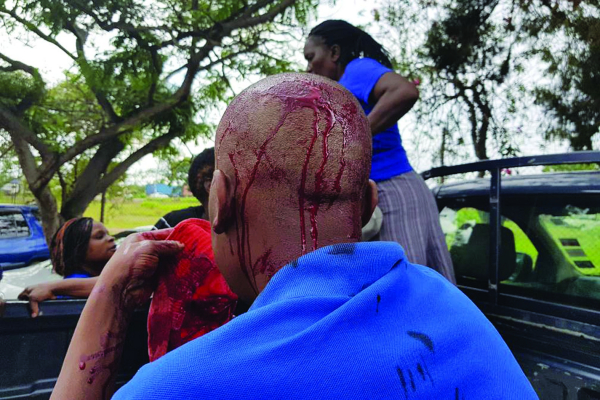 UNEMPLOYED youths roaming the streets of Zimbabwe have become “ravenous and dangerous” and the country could soon see a spike in violent crimes if the problem is not solved, the ruling Zanu PF party has noted.

UNEMPLOYED youths roaming the streets of Zimbabwe have become “ravenous and dangerous” and the country could soon see a spike in violent crimes if the problem is not solved, the ruling Zanu PF party has noted. BY MOSES MATENGA

According to a health, child welfare and the elderly report recently tabled during a party meeting, the country must brace for a rise in crime due to rampant unemployment. The southern African country has an estimated unemployment rate of 90%

“This includes the use of harmful substances, including alcohol by youths who are mainly not employed. The situation is a very serious health disorder and a danger to the future generation, owing to the substance abuse, the youths have become very unproductive and destructive,” the report read.

“This conjures the biblical saying that ‘An idle mind is the devil’s workshop’, as such we appeal for urgent introduction of entrepreneurship programmes to keep our youths busy and productive.”

The report noted the drug abuse, as a result of unemployment, has led to parents suffering together with communities as the youths have been turned into “ravenous and dangerous people”. “Needless to say, if this goes unchecked we should brace for a spike in violent crimes,” the report read.

The party proffered no solutions to the problem.

The Zanu PF government has been blamed for poor policies that have led to closure of industries and turning the country into an informal sector-centred economy in the process.

However, the ruling party maintains that sanctions imposed by the West are to blame for the current situation that has seen millions losing jobs while factories remain closed.

Authorities say there have been an upsurge in criminal activities across the country as people try to survive.

The situation has seen a rise in armed robberies and other violent crimes that also include the artisanal miners’ “machete wars” that have wreaked havoc across the country as desperate youths invade gold claims to eke out a living.