RTG to lose US$12m in revenue during makeover 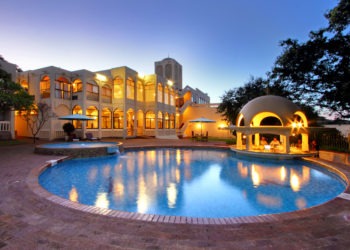 THE Rainbow Tourism Group (RTG) has chosen to forego US$12 million in potential revenue at its flagship Rainbow Tower Hotel in Harare to allow for refurbishments.

THE Rainbow Tourism Group (RTG) has chosen to forego US$12 million in potential revenue at its flagship Rainbow Tower Hotel in Harare to allow for refurbishments.

RTG closed its bookings and hotel rooms from December 18, 2019 to January 31, 2020 to complete a refurbishment of the hotel’s rooms at a cost of US$3 million to bring it to international business standards.

“We are traditionally in our low season. From mid-December to even end of January to mid-February, city hotel occupancies come down. It picks up in resorts, but obviously, it’s for a couple of days such as Christmas and all that,” RTG operations director Tichaona Hwingwiri told journalists during a media tour on Tuesday.

“So we took advantage of that low season to say why not close in and commit to giving the contractors space. On an average, this hotel makes about US$14 million a month in terms of RTGS value, so I would say, on average, we are foregoing about US$12 million for the refurbishment period.”

This comes as part of a wider strategy to refurbish other properties under the RTG group ahead of the new year, as it seeks to boost its occupancies.

However, during this period, the hospitality group expects to leave its restaurants and conference halls open.

Currently, hotels are dealing with low occupancy rates as a result of shrinking disposable incomes resulting in hospitality firms seeking to upgrade their establishment to boost bookings.

“Next year, we will be able to finish Kadoma (Rainbow Hotel) and we will also start on the New Ambassador Hotel (Harare). Again, it will be in phases, whereby we will not necessarily need to close the hotel down, at least the other hotels that we are looking at,” RTG spokesperson Pride Khumbula said.

“You will be aware that in the first quarter of the year, we did the plumbing of Bulawayo Rainbow Hotel, which was done from January to February. And more recently, it was Victoria Rainbow Hotel … Obviously, what is critical is to minimise any inconvenience to our guests so we will try to be very strategic in terms of the placing of when we actually do the refurbishments.”