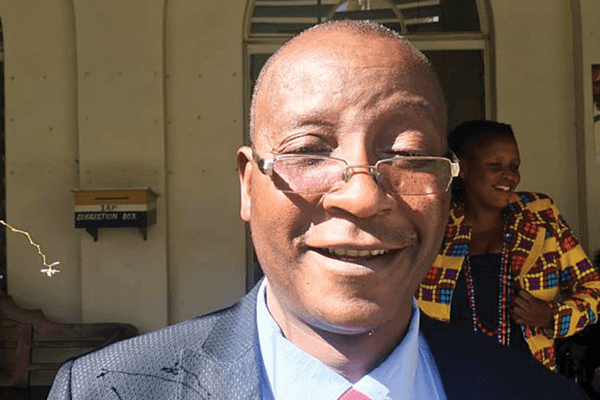 PARLIAMENT business ground to an abrupt halt yesterday afternoon as opposition legislators protested ejection from their hotel rooms in Harare to pave way for Zanu PF delegates booked in the same facilities for the duration of their party conference in Goromonzi, 32km south-east of the capital.

PARLIAMENT business ground to an abrupt halt yesterday afternoon as opposition legislators protested ejection from their hotel rooms in Harare to pave way for Zanu PF delegates booked in the same facilities for the duration of their party conference in Goromonzi, 32km south-east of the capital.

Tempers flared in the afternoon when the National Assembly resumed committee stage debate on the Money Laundering and Proceeds of Crime Bill. The opposition MDC Alliance MPs refused to continue with the debate, shouting “no accommodation”, forcing the House to adjourn after sitting for only 30 minutes.

Senate also adjourned after sitting for only an hour.

Justice minister Ziyambi Ziyambi had brought in further amendments to the Bill and when MPs were asked to affirm if they agreed to the amendments by shouting “Aye” or “Noe”, the angry MDC legislators shouted “no accommodation”.

Dzivarasekwa MP Edwin Mushoriwa then raised a point of order with the deputy Speaker of the National Assembly Tsitsi Gezi over the accommodation issue.

“My point of order arises on the basis that most MPs in this House have been ordered to check out of their hotels and they have to travel to their constituencies now because of that,” Mushoriwa said.

“Due to that it will be unfair to continue with business of the House today because it is not MPs’ desire not to participate in Parliament business but is circumstances beyond their control, and some have been literally evicted.

For the sake of the people that sent us to Parliament it is proper that the House be adjourned.”

Mbizo MP Settlement Chikwinya later explained to NewsDay that all MPs were asked to check out at 11.00 am yesterday morning.

“The hotels in Harare were full and we were ordered to check out at 11.00am to give space to Zanu PF conference delegates. As we speak MPs have their luggage in their vehicles. The Zanu PF MPs were later re-booked under Zanu PF as conference delegates,” Chikwinya said.

After the point of order raised by Mushoriwa, Gezi then ruled that the House be adjourned for 10 minutes.

If the House had continued sitting, it was going to debate the Finance number 3 Bill and the Appropriation 2020 Bill to do with the budget. This would have resulted in MPs driving back to their constituencies very late at night.

After deliberations, Finance minister Mthuli Ncube then adjourned debate to his two money Bills to next Tuesday, and thereafter Ziyambi adjourned the House.