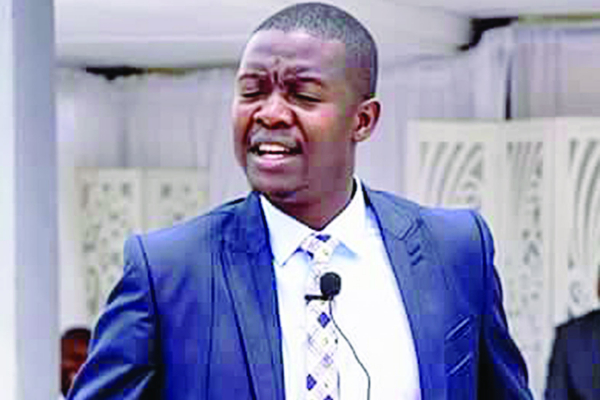 Doc Vikela — who wears many hats including those of master of ceremonies, workshop facilitator and brand ambassador — will be part of a glitz constellation made up of several other star jesters from around Africa.

The entertainer behind Simuka Comedy told NewsDay Life & Style at the weekend that he was thrilled to be considered for the festival for the first time as he continues to gain international traction.

“I am so excited. This is my first time to perform at the Zed. It’s amazing how we have managed to groom comedians who include Long John who is a product of Simuka Comedy but now Long John put in a good word for me to go and perform at this festival. I am proud and grateful to him,” he said.

Doc Vikela said he was geared to entertain comedy lovers and make memories on stage in Lusaka.

He said the invitation to perform at the laughter fete would open doors for other comedians to perform there as well and create a partnership with the organisers of the Zambian festival.

Doc Vikela said just like Long John, he was cutting the path for other local jest masters and creating synergies with their Zambian counterparts.

He expressed confidence that he would deliver because his jokes related well with all African countries.

“My jokes are of an African village and I feel they are always going to remain in context with what the Zambians are used to. However, I am going to do my feasibility study through social media and understand what is happening in Zambia in preparation for the fete,” he said.

Long John made history on Friday when he scooped the People’s Choice Award at the Steve Harvey Standup Spotlight Awards, a brainchild of top American comedian and talkshow host, Steve Harvey.

Long John shrugged off stiff competition from across the world to bag the award.

In his post, Harvey thanked all the participants and singled out Long John as the winner.

“Thank you to all who participated in the Steve Harvey Stand Up Spotlight Competition! The People’s Choice Award Winner is Long John @long_john_ who joined the competition from Zimbabwe! Congratulations man, you were funny, animated, and have great stage presence keep it up champ!” he wrote.