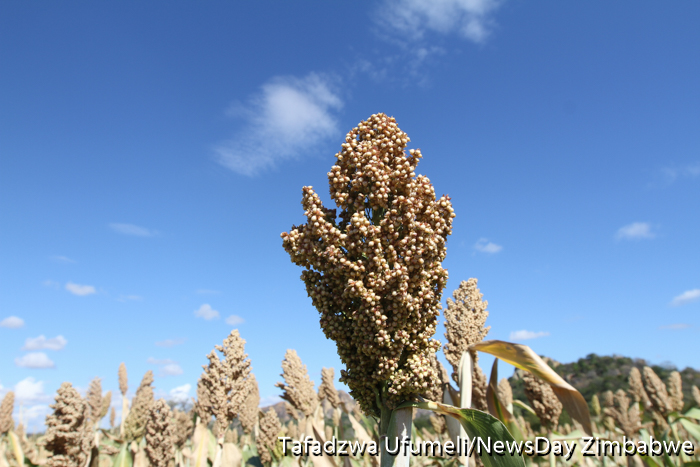 ZIMBABWE has maize supplies enough to last seven months after the El Nino-induced drought destroyed crops and has to start importing grain to avert shortages, an official said yesterday.

ZIMBABWE has maize supplies enough to last seven months after the El Nino-induced drought destroyed crops and has to start importing grain to avert shortages, an official said yesterday.

“The current stocks of maize and small grains at the Grain Marketing Board stand at 832 156 metric tonnes (mt) and at the current monthly drawdown rate of 120 000mt, the available grain is sufficient to last about seven months,” Lands and Agriculture ministry permanent secretary, Ringson Chitsiko told a stakeholders meeting organised by the Grain Millers’ Association of Zimbabwe.

He said it was important for the country to start importing grain to avoid food shortages.

Chitsiko said with the projected below average grain harvest, imports were inevitable and the magnitude would be determined after a second crop and livestock assessment.

According to statistics from the Agriculture ministry, it is projected that 28% (2,4 million people) of the rural population would be food-insecure, meaning food insecurity was 51%, for the rural households, an increase from 28% projected in 2018.

Matabeleland North, at 58%, has the highest proportion of food insecure households, while Mashonaland Central and Midlands (47%) have the lowest.

He said government had come up with drought alleviation strategies, including borehole drilling in the affected areas.

“In the short-term, government has come up with drought mitigation measures such as drilling of boreholes under the Public Sector Investment Programme, whereby 350 boreholes will be drilled across the country during 2019, with a focus on drought prone areas. Hay bailing programme for the hay to be distributed to the major affected areas of livestock production,” Chitsiko said.

“Procurement of livestock vaccines and dipping chemicals through the special livestock programme and continued drought monitoring and early warning systems are being carried out by the Department of Meteorological Services and Crop and Livestock Production.”

He called on the milling industry, in the medium to long-term, to enter into contract farming agreements with farmers to ensure timely access to agricultural inputs as well consistency in the production of maize and wheat, with the ministry providing a regulatory framework to ensure there was fairness in the sector.