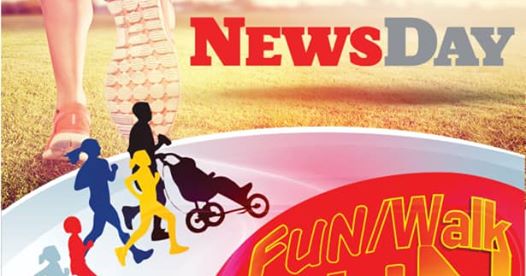 Proceeds from this year’s edition of the NewsDay 10km fun-run to be held in Bulawayo tomorrow will be channeled towards assisting those affected by Cyclone Idai, which ravaged parts of Manicaland and Masvingo provinces last week, leaving over 100 dead.

Proceeds from this year’s edition of the NewsDay 10km fun-run to be held in Bulawayo tomorrow will be channeled towards assisting those affected by Cyclone Idai, which ravaged parts of Manicaland and Masvingo provinces last week, leaving over 100 dead.

The effects of the cylclone saw thousands losing their homes and property, leaving them in urgent need of aid.

The fun-run and 5km walk begins at Khumalo Hockey Stadium.

“This year, we are particularly seized with Cyclone Idai and its impact and effects, and we want to be able to raise funds and so we urge people to bring clothes, canned and dried foods which we can take to the victims in Chimanimani,” Ngwenya said.

Registration for the fun-run is RTGS $10 for adults and RTGS $5 for children and students.

Ngwenya said they were expecting more participants this year compared to last year when the fun-run was launched.

“The race is an annual event in which we involve the community of Bulawayo in our initiatives as Alpha Media Holdings. Last year we had over 300 runners and this year we are expecting many more.”

She added: “We invite everyone to attend this particular event on Saturday (tomorrow). There will be lots of prizes and medals to be won and there will be Zumba for the family. We are looking forward to an event where we are not just involving the community in a healthy lifestyle, but also to raise funds to give to charity.”

Last year, Simbarashe Taderera, formerly with Sparrows Athletics Club, came out tops in the senior men’s category in 36:07:28 with Robert Mugadza of City Meats on the second spot in 36:59:09 while Brian Makamu was third in 38:43:11.

Faith Nyathi of City Meats clocked 37:05:96 to win the senior and junior women’s categories, while Anne Chirisa of the Zimbabwe Republic Police came second in the seniors in 39:46:58 and Philipa Dube, also of ZRP, was third in 40:22:68.