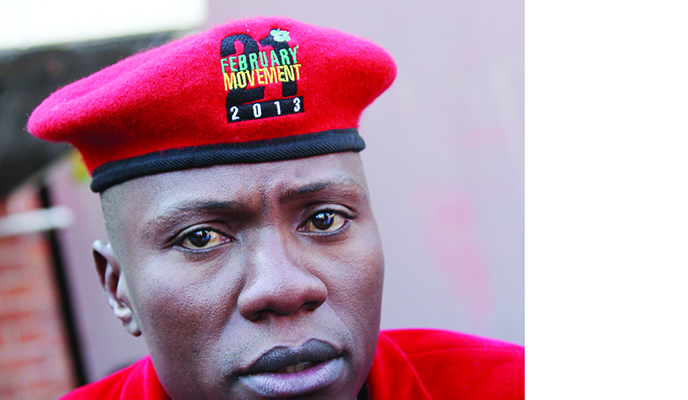 THE ruling Zanu PF party’s dirty tactics of allegedly using security forces to manipulate elections and deal with political foes through abductions, torture and smear campaigns were laid bare as former terror leaders spilled the beans under oath before the commission of inquiry investigating the August 1 post-election violence.

THE ruling Zanu PF party’s dirty tactics of allegedly using security forces to manipulate elections and deal with political foes through abductions, torture and smear campaigns were laid bare as former terror leaders spilled the beans under oath before the commission of inquiry investigating the August 1 post-election violence.

While the commission, which is chaired by former South African President Kgalema Motlanthe, is investigating, among other things, the killing of six civilians, allegedly by members of the Zimbabwe military, the party’s former commanders of terror walked the commission through the dark arts that have enabled the revolutionary party to cling to power for nearly four decades by using the military, State security agents and its militarised youth wing.

“I am shocked that as commissioners you are seating with Charity Manyeruke, she is actually one of the architects of violence in Zanu PF, when I was provincial chairman of Zanu PF we actually sat on the same table planning how to attack and beat up MDC supporters. She was my commander and she sent me on errands of violence, currently she is the secretary of the Zanu PF women’s league in Mashonaland East. Manyeruke is dirty. I don’t want to answer any question from this woman,” Kunaka said.

Manyeruke responded by saying: “Chairman, mine is not a question. Let me set the record straight. I’ve never sat in any meeting with Jim Kunaka.”

She did not respond when Kunaka threatened to spill more beans and produce more evidence against the commissioner.

Kunaka said during the 2008 general elections Zanu PF youths met with members of the military at the Zanu PF headquarters basement where they received instructions to defend the revolution after the late MDC president Morgan Tsvangirai had won the election against former President Robert Mugabe.

“There is a meeting that took place in the Zanu PF headquarters basement. Zanu PF had lost elections in 2008, we were called, especially me by the military personnel and I was told that Zimbabwe will not have a power transfer through a pen and ballot paper. I was told to go and defend the revolution, I was told to do anything and you know what I did,” he said.

Following the meeting with the military and ahead of the presidential run-off vote, Kunaka, who was leader of a Mbare terror group called Chipangano, then led a violent crackdown on MDC supporters in the bloodiest election in Zimbabwe since the turn of the millennium.

The testimony gave members of the public and commissioners a sneak peek into how the military has been dabbling into civilian politics and propping Zanu PF’s stay in power. Kunaka said the new dispensation had not broken from the use of the army, torture and abductions to retain political power, citing instances where he was abducted beaten up and left for dead on allegations that he was a member of G40 – a faction in Zanu PF which elbowed out along with former President Robert Mugabe in the coup of November last year.

“Zanu PF devours its own children, let me tell you in 2014, I was kidnapped by members of the military intelligence, one of whom is part of your security detail, they beat me up and when they thought I was dead, they dumped me close to Chitungwiza. During the 2017 coup the same people came to my house – the military and the Zanu PF people – they destroyed everything in my house, beat up my wife and children because I had ran away,” he said.

Kunaka said Zanu PF was behind the August 1 violence which rocked Harare in an effort to justify military intervention which killed six people.

“I am saying this so that you know where these issues of violence are coming from. If you refuse to toe the Zanu PF line they will deal with you … The noise that happened in town was sponsored by Zanu PF, because they knew they had been defeated in the past elections so they sat down and planned the violence to justify bringing in the military and blame it on the opposition. We used to do this when I was in the party,” he said.

Former Zanu PF Harare provincial political commissar Shadreck Mashayamombe broke down as he gave testimony of torture, abduction and theft of his property by the military during and after the coup.

He told the commission that he was subjected to electrical shocks and beatings after being abducted at Rainbow Towers in broad daylight by members of the military who also stole $50 000 from his vehicle sales company.

Mashayamombe, who stood accused of fanning violence and supplying MDC youths with alcohol on August 1, distanced himself from the demonstrations, saying he was not part of the protests because he was in Harare South at the constituency command centre with other candidates as results of that constituency had not been announced at the time.

He told the commission that Zanu PF had a habit of paying and sponsoring fake witnesses for the sole purpose of soiling the image of political opponents.

Mashayamombe said he was being targeted because he had a close relationship with Mugabe and had been part of the agenda to push out President Emmerson Mnangagwa from the party.

Another former son of Zanu PF, Paddington Japajapa gave what he called eyewitness evidence before the commission, saying he saw soldiers firing into fleeing unarmed citizens. He said the soldiers killed two while he watched.

Japajapa said he later learnt that another person had been shot dead by a police officer who was guarding the Zanu PF provincial offices.

The officer, who appeared before the commission two weeks ago, denied shooting anyone, but said he had fired 25 warning shots into the air.

Ballistics evidence presented before the commission by Superintendent Tsitsi Paradzai showed that AK47 assault rifles were used to fire shots into Zimbabwe Congress of Trade Unions head office and also the six civilians who were killed.

Paradzai, however, said because the scenes had been tampered with at the time of her forensic investigations, she could not establish which gun the bullets had been discharged from.

Police only did ballistics investigations three months after the shootings, she added.

Post-mortem reports by medical doctors show that the six dead had been killed with high velocity guns which Paradzai said were in the range of rifles including AK47, and not pistols.

National Reaction Force and Presidential guard commander Anselem Sanyatwe last week told the commission that he suspected the dead could have been shot using pistols by the alleged MDC military wing, the Vanguard.

MDC leader Nelson Chamisa, who was expected to take to the witness stand yesterday did not after the commission refused to entertain his lawyer Thabani Mpofu, who wanted to appear on his behalf.

Commission spokesperson John Masuku said Mpofu was not given audience because they wanted to speak to Chamisa.