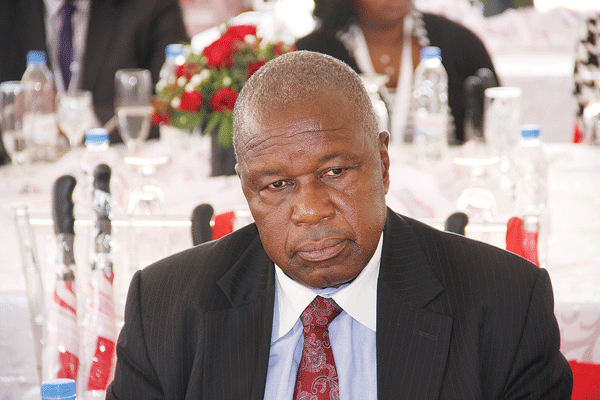 Zanu PF provinces have endorsed President Emmerson Mnangagwa as the presidential candidate for the 2018 general elections with his special adviser Christopher Mutsvangwa unwittingly revealing the military will play a big role in the polls.

Zanu PF provinces have endorsed President Emmerson Mnangagwa as the presidential candidate for the 2018 general elections with his special adviser Christopher Mutsvangwa unwittingly revealing the military will play a big role in the polls. By Everson Mushava

Provinces said they endorsed the resolutions of the November 17 extraordinary central committee (CC) meeting that recalled former President Robert Mugabe and replaced him with Mnangagwa.

The CC meeting was held at the height of the military operation to remove Mugabe after the sacking of Mnangagwa, who went into exile in South Africa.

They also reinstated those fired from the party at a time the vanquished G40 faction enjoyed Mugabe’s backing.

All the provinces also endorsed the military action that brought Mnangagwa to power. Speaker of the National Assembly Jacob Mudenda proposed the adoption of the provincial resolutions without amendments. He was seconded by women’s league secretary for administration Monica Mutsvanga and, therefore, adopted.

Mutsvangwa, during his address, said Zanu PF would win empatically in next year’s elections with a bigger margin than the 1980 elections that Mugabe won resoundingly to end colonial rule.

“We will win resoundingly, better than the 1980 elections and we will mobilise heavily working with the ZDF,” he said. Masvingo Provincial Affairs minister Josaya Hungwe has previously said the same, promising to use the army to win the 2018 general elections.

His gaffe came three years after Mugabe made a Pasi neZanu PF boob at the 2014 congress at the same venue.

Moyo, who was the master of ceremonies realised his mistake and tried to explain it by saying Mugabe’s name was heavily entrenched after 37 years in power.