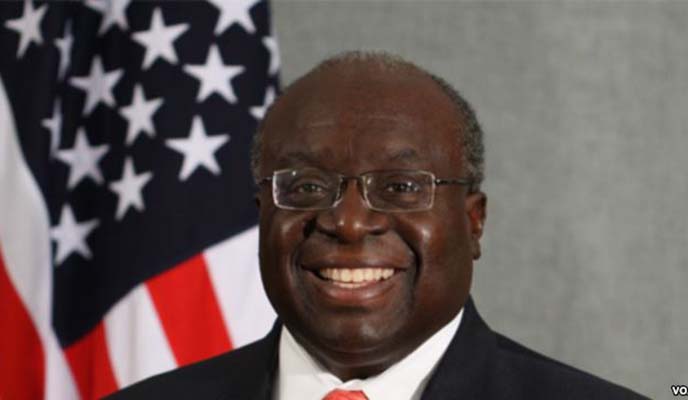 In a statement, the UN said through the Zimbabwe’s Vulnerability Assessment Committee (ZimVAC) report, more than $76 million had been raised in funding from partners.

THE United Nations has helped over one million poverty-stricken Zimbabweans and pledged more support as the country battles to contain the effects of drought caused by El Niño.

In a statement, the UN said through the Zimbabwe’s Vulnerability Assessment Committee (ZimVAC) report, more than $76 million had been raised in funding from partners.

Last month, government declared hunger as a national disaster and appealed to the international community for assistance to feed over three million people who are likely to face serious starvation.

Zimbabwe needs $1,5 billion to feed starving people mainly in the southern part of the country.

“Guided by the updated joint humanitarian response plan, which will soon be finalised, the UN agencies are committed to continue to work with the government and development partners to scale up relief activities to reach those who are food-insecure. These are currently estimated 2,8 million people,” the UN statement read.

“In reaching the affected populations, co-ordination of humanitarian efforts undertaken by the government and the international humanitarian community will be critical so as to optimise resources and avoid duplication and gaps.”

Meanwhile, United States ambassador Harry Thomas has said donor organisations mobilising food aid for Zimbabwe should have mechanisms to investigate and reduce chances of such donations being politicised.

“We have been asked a lot lately, ‘How do you ensure that your food aid goes to the people who need it most?’ I can assure you that USAID (United States Agency for International Development) has a robust monitoring system in place to safeguard our food assistance,” Thomas said.

He added USAID had also put mechanisms in place that enable people to air any grievances.

“There is a suggestion box and a help desk at all food distributions, and our partners follow up on all issues that arise. People can also contact USAID or their local authorities directly. We will act on any and all allegations of misuse of food assistance,” the US envoy said.

Thomas was speaking at the signing ceremony for the handover of a $10 million humanitarian assistance programme between the World Food Programme and USAID.

He said with assistance from donor organisations, “the root causes of food insecurity and poverty must be tackled for Zimbabwe to one day be free from hunger”.

“To move beyond humanitarian efforts, USAID puts great emphasis on promoting agriculture and improved livelihoods opportunities, as well as improving nutrition, for those most affected by food insecurity.”

Thomas said USAID had also provided $20 million over five years under Obama’s “Feed the Future” initiative to promote agricultural recovery and livelihood development among small-scale farmers for crops and livestock.

Zimbabwe, along with other Southern African countries, has been hit by a massive drought caused by the El Nino phenomenon which has left almost 3 million people in need of food assistance.

Government has indicated that it has raised $200 million to buy grain with a few months’ supply of food in reserves currently.

The donation, according to Thomas, brings to $35 million the US drought contribution to Zimbabwe.