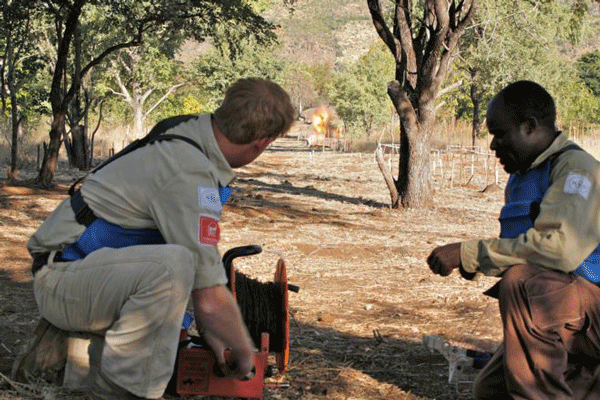 Mozambique has removed its last known landmine after two decades of work to get rid of the explosives.

Mozambique has removed its last known landmine after two decades of work to get rid of the explosives.

Close to 171,000 landmines were removed, according to the Halo Trust, a British charity that led the clearance.

The landmines were left after a long fight for independence followed by a civil war. Many were planted up until the 1990s.

The charity says it is the first large mine-contaminated country to be completely cleared of mines.

You don’t forget the sight of someone freshly injured from an anti-personnel land mine blast. These cruel weapons are designed to deny territory to “the enemy” but invariably it is ordinary civilians, including children, who pay the heaviest price.

The US, Russia and China are just some of the countries whose crude calling card has been left in Mozambique over the decades. The human toll is hard to quantify but the Halo Trust told me that hundreds of people have been wounded or killed by mines.

Whilst anti-personnel mines rendered huge swathes of land in Mozambique no-go areas following the struggle for independence and a long civil war, what often gets lost in the headlines is the inhibiting effect landmines have on economic development.

On the spot where the last known landmine was destroyed by the side of a railway line, I found fresh sprigs of grass poking up through the fertile soil, in what is rich sugar cane growing country.

“Don’t be surprised if families quickly lay claim to the land and begin to farm informally,” my guide told me.