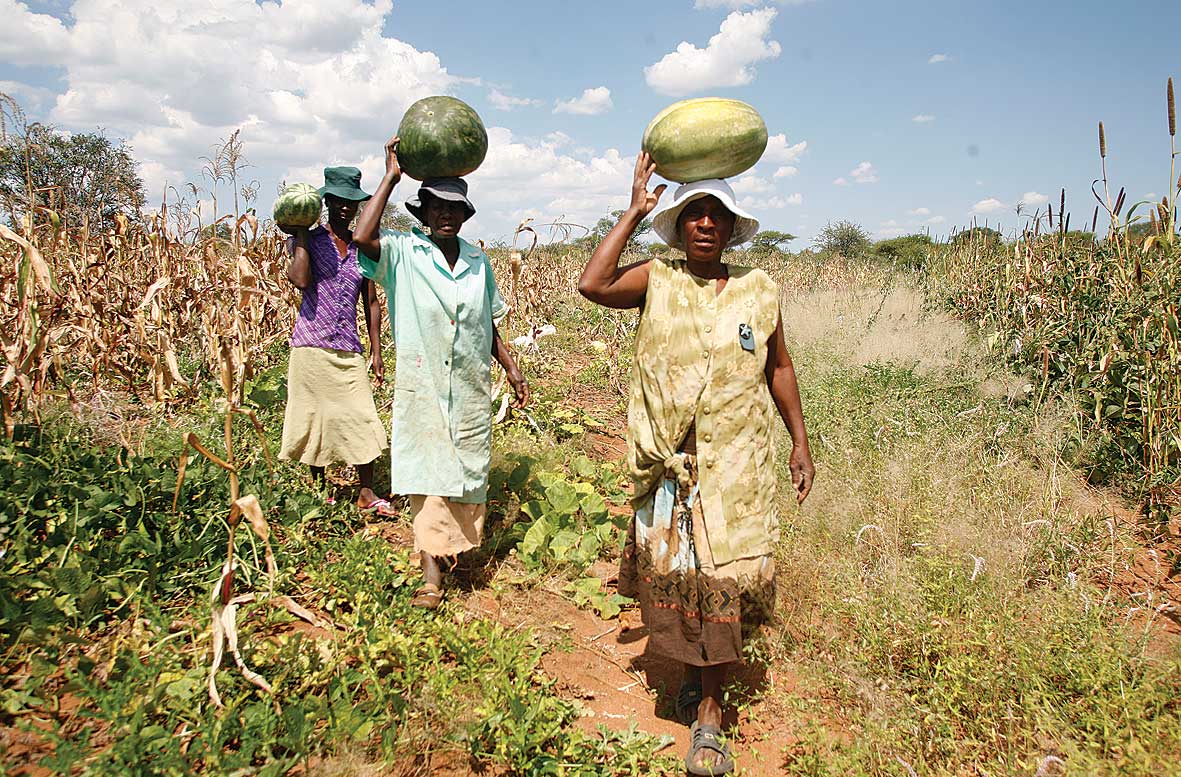 Corruption by local authorities, traditional leaders and politicians has resulted in many women being deprived of land ownership, a Transparency International Zimbabwe (TIZ) study has revealed.

Corruption by local authorities, traditional leaders and politicians has resulted in many women being deprived of land ownership, a Transparency International Zimbabwe (TIZ) study has revealed. by VENERANDA LANGA

TIZ projects officer Farai Mutondoro yesterday told delegates at a consultative workshop on women, land and corruption that many women in Zimbabwe were being side-lined in land ownership due to lack of information, finances, and more recently due to corrupt practices by land barons as well as negative cultural practices.

“Women have been sidelined in land ownership due to factors such as lack of access to capital, failure to get credit due to lack of collateral, customary impositions, and even lack of information on how they can acquire land and title deeds,” Mutondoro said.

“Land corruption in Zimbabwe has been rife to the extent some people have multiple farm ownership, there is partisan distribution of land, bribing local authorities to get land- and most of the time women do not have cash to compete with men.”

He said the study also revealed that in areas such as Seke communal lands and Domboshava, illegal sale of land was rampant. While in areas like Chitungwiza double allocation of land severely affected women in terms of land ownership.

University of Zimbabwe sociology professor Rudo Barbra Gaidzanwa said women were also now under pressure to migrate to cities in search of land because rural land had no collateral and they felt insecure. Gaidzanwa said there was need for MPs to begin to sensitise their constituents about the value of land and need for collateral.

She said most widows and divorced women ended up losing land, adding there was need for information on acquisition of bankable land and collateral, as well as of control of the land because in communal areas women were mostly the ones tilling the land.

“In the past people used to marry for labour by having many wives, and it used to create disputes on land inheritance when the father died. The sons would fight for the land and the first wife’s children often sidelined the others,” Gaidzanwa said.

Parliamentary Thematic Committee on HIV and Aids chairperson Lillian Timveos said there was need to consider women living with HIV when land is parcelled out because most of them were widows or were abandoned by their husbands.

“Most women living with disabilities are shunned when it comes to marriage, and they are not allocated land because they are considered unfit to till it. At the end they continue to be dependent on others,” Shiri said.

Melania Chiponda from Chiadzwa Community Development Trust said there was a lot of exclusion of women in the extractive sector.

“When companies are coming to mine in an area women are left out of the negotiations. They are not asked for opinions when it comes to compensation. Women were the most affected when it came to displacements but only 2% of women are participating in the extractive industry,” Chiponda said.

Chief Stanley Chimanikire Seke said it was imperative for government to compensate people affected by displacements.

“The system of local governance has not changed from the colonial times where traditional leaders were deprived of their power to manage land. We should ensure there is no wanton displacement of women after the death of a husband,” Chief Seke said.