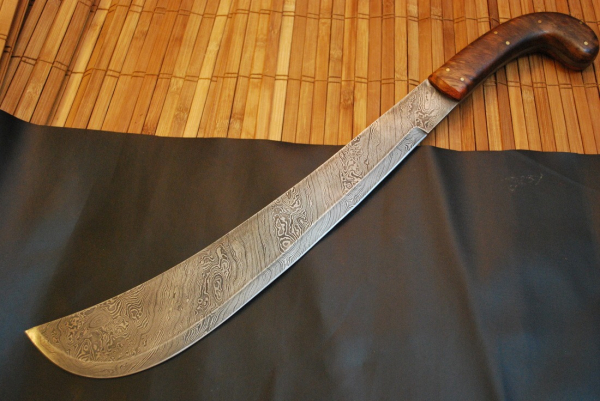 WHAT quickly catches the eye of every visitor to Kwekwe are the litterless streets, the well-manicured civic centre gardens and the clean drinking water which is ranked among the best in the country.

WHAT quickly catches the eye of every visitor to Kwekwe are the litterless streets, the well-manicured civic centre gardens and the clean drinking water which is ranked among the best in the country.

However, beyond this veil of cleanliness lies gory stories of bloody violence and crime that have claimed many and injured countless others. Gold panners walk around with machetes tucked in their trouser pockets to protect their hard-earned grains of gold although the weapons have also been used to rob unsuspecting citizens. No place is safe in the Midlands mining town.

Attacks have been experienced at primary schools, hospitals, bus termini, bars while some have been attacked in the comfort of their homes.

In a shocking incident in February, Tichaona Masvaure of Newtown suburb survived death by a whisker after unknown assailants attacked him before tying him to the back of a truck and pulling him down the tarred Boarder Road and leaving him for dead.

“When Tichaona went to ask the people to stop cutting down some bamboo trees at our house, they called him to come outside the gate and in no time I heard a loud cry from my husband. A T-35 truck being followed by a cloud of dust were all I could see and my husband’s voice calling out for help from that cloud of dust,” his teary wife recalled.

“Fortunately the rope got torn and that’s how my husband survived. I thank God that he survived and just today he uttered his first words to me after sometime at the Gweru Provincial Hospital’s intensive care unit.”

Tichaona’s crime was trying to stop his attackers from cutting down bamboo plants at a house he rents in the Newtown suburb of Kwekwe.

Just last month, Nehemiah Tendai Muwirimi, a Msasa Park resident, was attacked by a gang armed with machetes and axes at around 8pm while going to the shops.

To avoid detection, his attackers blinded him by their torches, took all the money and all the valuables he had on him and struck him twice on the head with a machete before he collapsed and played dead to avoid further attacks. The assailants disappeared into the night. Muwirimi gathered the little strength he had left to walk back home where his parents rushed him to the hospital.

“I am still to escape the trauma of that night and trying to focus on building a better future that is safer not just for me, but for all of us. Sometimes when it gets dark I relive the experience and realise that life can be taken away from you anytime and we should cherish and appreciate every moment,” he said.

Most of the machete attack survivors still suffer from post-traumatic stress disorder and there is no psychological support in place to assist them.

A teacher at Gaika Primary School, who spoke on condition of anonymity, related an incident in which pupils witnessed horrific scenes of a bloodied man who was running for his life only to fall into a pool of blood at the school premises after a machete fight at the gold-rich Gaika Mine which is just adjacent to the school. This prompted the school head to quickly dismiss the pupils.

Local councillor Betty Ndlovu confirmed that violence, which in some cases turns fatal.

“Everyone here has become used to violence; they know it has become part of their lives. They are aware that stronger forces support the happenings and no one can do anything about it,” she said.

Some residents said they believed police officers know the machete gang leaders, but were afraid to bring them to book for fear of reprisals.

“I met the dispol (district police officer) and highlighted to him the security concerns in the city. He told me that he responded to the violence by deploying patrol troops at night, but I advised him to also do patrols during the day, because some of the incidents of violence occur during the day,” Kasipo said.

There are no police patrols noticeable in the city, as violence continues to rock the city. Concerned residents have come up with survival tips that have been widely circulated on social media platforms urging citizens to, among other things, “avoid roads rages, avoid walking around at night, keeping their neighbour’s number and avoid late night gigs.”