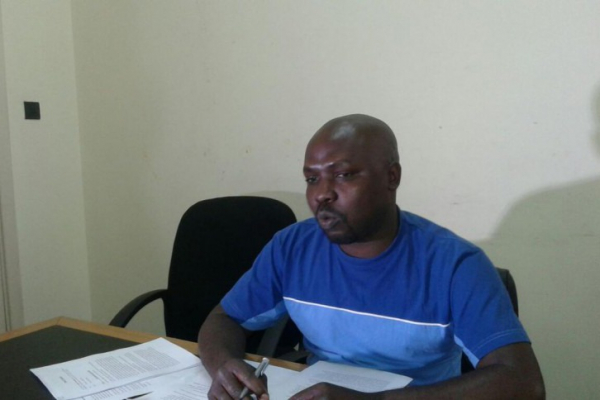 Tsenengamu has been accused of defying party protocol together with deputy youth league secretary Lewis Matutu by holding a Press conference to expose alleged cartel leaders who are bleeding the country through their perceived corrupt actions.

Tsenengamu and Matutu were suspended from the party after naming business moguls Kudakwashe Tagwirei, Billy Rautenbach and Tafadzwa Musarara as corrupt.

Mashonaland Central province has since passed a resolution for Tsenengamu, who comes from the province, to be expelled from the party.

The Kazembe Kazembe chaired PCC unanimously agreed to forward recommendations to the party for the expulsion of Tsenengamu, who refused to go to Chitepo School of Ideology for reorientation.

Kazembe refused to comment on the matter and referred all questions to the provincial spokesperson Alfred Mafunga.

“It was resolved that the provincial party spokesperson (Alfred Mufunga) should give statements from now onwards,” Kazembe said.

Mufunga said they knew Tsenengamu as an opposition official from Zimbabwe Partnership for Prosperity (ZIPP).

“The PCC last knew him (Tsenengamu) leading his party namely ZIPP and no longer Zanu PF.

“Secondly the PCC is not happy about his Press statement where he said he would not be going to Chitepo School of Ideology but could teach those who wanted him to go and learn more at Chitepo,” Mufunga said.

Contacted for comment Tsenengamu said he only got the information from social media and was not worried about being expelled from the party.

“Do not be bothered comrades about my expulsion. I am not refusing to be expelled. It is not the first time, history is repeating itself. I am waiting for their resolution on all the silly allegations I am facing just like what the G40 did in 2014 and 2015 when I was arrested five times. In my view my case is so serious which warrants suspension without hearing,” Tsenengamu said.

Sources privy to the development allege Kazembe is behind the resolution to expel Tsenengamu as he was allegedly eyeing his position in the province ahead of the looming provincial restructuring exercise.

“Power struggle is continuing in the province and Kazembe is under fire for failing to unite the province and is fighting hard to eliminate all those who are threatening to grab his position ahead of the restructuring exercise coming this March,” the source said.

“Tsenengamu wanted to contest for the provincial chairperson’s post which is being held by Kazembe and as the chair of the PCC he has since pushed his agenda and is fighting everyone who is powerful in the province, the likes of Tafadzwa Musarara’s case has spilled into Parliament just to destroy him politically.

Mufunga refuted the claims saying Kazembe only chairs the PCC and does not impose resolutions.

“It is not true, Kazembe is not the PCC, the PCC comprises all wings including the youth. He just chairs but does not necessarily tell people what to do,” he said.