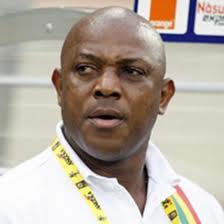 CURITIBA — African football champions Nigeria blamed impatience for their failure to break down outsiders Iran in a 0-0 draw on Monday that stood out like a sore thumb in an otherwise thrilling World Cup.

Iran coach Carlos Queiroz had made it clear that he would pack his defence in the Group F game, but Nigeria swiftly ran out of ideas when confronted with the tactic.

“They want to go like horses and get it done in two minutes. They have to have patience,” coach Stephen Keshi told reporters.

“I think it took a toll of them when the goal was not coming,” he added.

Nigeria, featuring English Premier League players John Obi Mikel and Victor Moses, started brightly enough and had the ball in the net after seven minutes, but the effort was ruled out for a foul on Iranian goalkeeper Alireza Haghighi.

“I’m not sure we played badly, it’s just that we couldn’t convert the goals,” said Keshi.

The locals in the crowd did not share that view, greeting the catalogue of misplaced passes and underhit crosses with jeers and whistles.

Mikel, who tried to orchestrate Nigerian attacks from deep, shared his coach’s assessment.

“They had 11 men behind the ball all the time, so it was difficult to create chances,” said Mikel, who had the dubious honour of being named man of the match.

“The first 15-20 minutes, we tried to push and we pushed a bit too hard. They sat back, they didn’t come out to play and so it became difficult,”” he added.

Nigeria are still looking for their first win at the World Cup since 1998 and the result put them under added pressure to beat Bosnia on Saturday in a group topped by Argentina. — Reuters