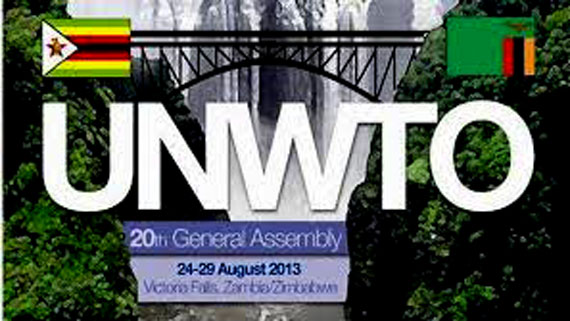 THE secretary-general of the United Nations World Tourism Organisation (UNWTO) Dr Taleb Rifai has said infrastructural challenge is the biggest obstacle that many developing countries encounter in realising maximum benefits from the sector.

THE secretary-general of the United Nations World Tourism Organisation (UNWTO) Dr Taleb Rifai has said infrastructural challenge is the biggest obstacle that many developing countries encounter in realising maximum benefits from the sector.

He said the General Assembly currently underway in Victoria Falls and Livingstone, Zambia, should come up with ways through which major infrastructure vital for the sector could be improved.

Addressing a media briefing yesterday, Rifai said the ongoing assembly was the best attended in the history of UNWTO and as such deliberations should also focus on how to improve the tourism sector in the region and other developing countries in the world.

“One of the major obstacles is infrastructural development in terms of roads. There is also an issue of hospitality infrastructure which should be addressed,” he said. “Finance is another obstacle which should be addressed in Africa. Connectivity is another one. African destinations are challenging and difficult to arrive at. The other one is promotion and marketing. We need technological advances. ICT and promotions go hand in hand that they should be utilised in Africa.”

Rifai urged developing countries to work on improving hostile perceptions attached to them by developed countries, who contribute much to the global tourism revenue.

While acknowledging there were logistical challenges, the secretary-general said he was impressed with the conference so far and that both Zimbabwe and Zambia should seize the opportunity to market their countries. He said the conference would leave indelible memories for people of Victoria Falls and Livingstone, particularly marking a clear turning point in tourism fortunes.

The UNWTO indaba kicked off on Saturday and was officially opened on Sunday by President Robert Mugabe of Zimbabwe with Michael Sata of Zambia in attendance. The Zimbabwean and Zambian Presidents expressed hope that the tourism sector would contribute meaningfully to the GDP of their respective countries.

Last night the visiting tourism ministers were due to hold a round table meeting where they were to discuss, among other issues, ways of improving travelling in the region.