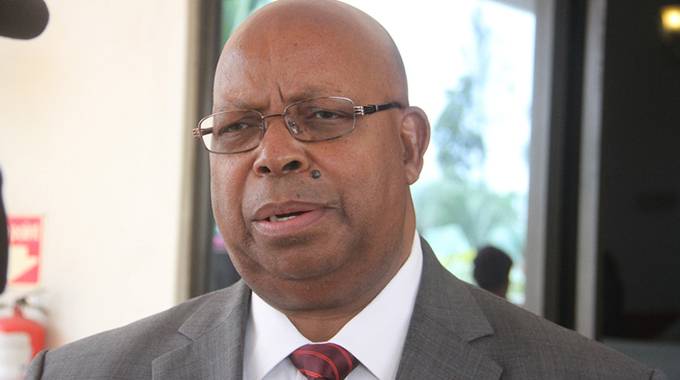 Mudenda called on the National Peace and Reconciliation Commission (NPRC) to bring closure to the emotive subject before Zimbabwe votes next year.

BY SILAS NKALA SPEAKER of the National Assembly Jacob Mudenda has been accused of exposing Zanu PF’s plan to use Gukurahundi as a campaign gimmick after he demanded the 1980s massacres should be resolved before the 2023 elections.

Mudenda called on the National Peace and Reconciliation Commission (NPRC) to bring closure to the emotive subject before Zimbabwe votes next year.

He made the call during an induction workshop for commissioners in Harare on Wednesday.

He said Parliament wanted to see how the commission leverages on its constitutional mandate against other processes led by chiefs to address Gukurahundi.

President Emmerson Mnangagwa met traditional leaders at State House in Bulawayo last year, where it was resolved that the chiefs will lead processes to find closure.

Human rights activists and survivors, however, said there was no political will to address Gukurahundi.

“NPRC has been in place for almost 10 years and has done nothing to address Gukurahundi. What will make it address it now?” human rights activist, Dumisani Nkomo questioned.

Ibhetshu LikaZulu co-ordinator Mbuso Fuzwayo said it was not surprising that Mudenda wanted to link Gukurahundi to the 2023 elections.

“One minute they talk about chiefs addressing it, while we are looking at chiefs, they now talk about the commission. It clearly tells you they are just playing with people’s emotions, buying time and giving people false hope,” Fuzwayo said.

“Since 2018, has Parliament ever received a report from the commission? He can’t talk about them resolving the genocide in a year when in four years they have not done anything.”

Ex-Zipra chief of logistics, retired colonel Thomas Ngwenya said the NPRC had proved to be toothless and not independent from government when it came to Gukurahundi.

“I am speaking as a person who was directly affected. I lost relatives and I was at some point arrested. There have been some commissions such as Chihambakwe and Dumbuchena, whose reports about Gukurahundi have not been made public. Now there is NPRC, which is government-driven. I do not believe it is independent, that is my view,” Ngwenya said.

Human rights advocate Effie Ncube said Gukurahundi could not be addressed in a few months as it involved exhumations and reburials as well as acknowledgements to ensure closure.

“Gukurahundi genocide cannot be addressed in the remaining few months before the elections. Not only do perpetrators lack the political will to succeed, but also they are just seeking political campaign capital and not truth and justice which are the goals of victims and survivors,” Ncube said.

“The resolution of the Gukurahundi genocide will take far longer than the sham shortcut to nowhere that the government has in mind. Genuine processes take years digging for the truth and dispensing justice.”

South Africa-based educationist Nkosilathi Ncube said attempts at “papering” over the atrocities would not work.

“They just wish the issue would end in no time. They want to end the talk about the subject so that come 2023 they walk freely in Matabeleland without victims asking anything questions,” he said.

Zapu spokesperson Mso Ndlovu said: “As long as the victims, as represented then and now by Zapu and other genuine civic groups in Matabeleland, are not involved, the genocide is far from being addressed because bringing it to closure and finality means accountability and remorse. Those leading the process cannot account for themselves so we view this as an attempt to hoodwink our people and win votes in 2023.”